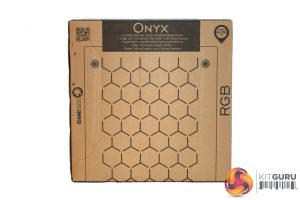 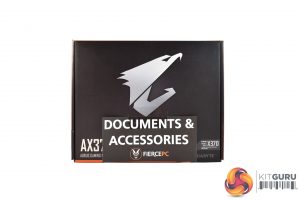 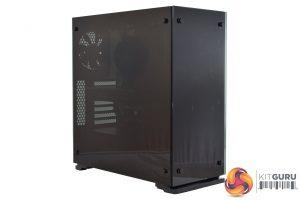 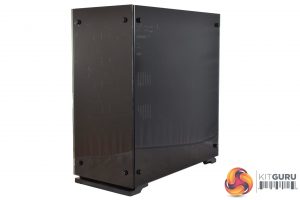 Getting our first look at the system, we must first dedicate our attention to the Game Max Onyx case, as it is definitely a looker. It features no less than three tempered glass panels in a way which draws comparisons with the Corsair 570X, but that is certainly not a bad thing. It is also worth noting that the glass is quite dark, so some system lighting will be required to get a good look at the internal components. 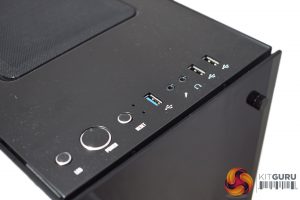 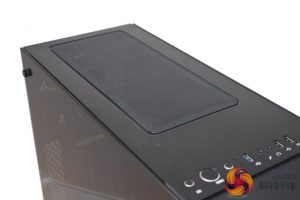 The case’s front I/O is decent, with 1x USB 3.0 and 2x USB 2.0 ports. There is also an LED button (for controlling the RGB fans), a reset switch and headset jacks.

Before moving on, it is also good to see that a 240mm magnetic dust filter is included on the roof of the Onyx. 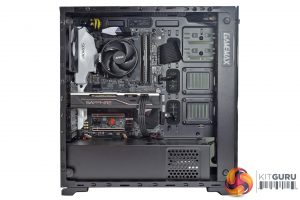 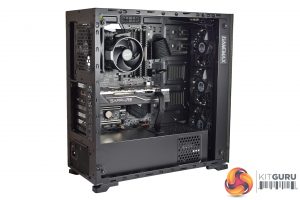 Taking off the glass reveals the innards of the system. It is all quite dark, with little colour across the components, and black cable extensions have been used as well – all of which adds up to create quite a stealthy PC. Cable management is excellent, too, with only the bare minimum of cabling on-show.

Regular readers will know I am not a fan of ketchup-and-mustard cables, and there is just a hint of that in the top left-hand corner as the EPS 8-pin power connector is unsleeved. However, I will not be too critical of this as it is only a very small amount of yellow, and you can’t see it through the dark tempered glass panels anyway. 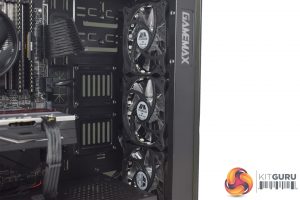 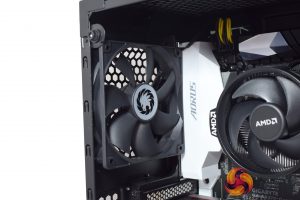 Starting with the cooling configuration, the Blackfire Hammerhead features 3x 120mm RGB fans at the front of the chassis, in-taking air. The fans’ LEDs can be controlled via the case’s front panel button.

At the back of the case we find a single, plain black 120mm fan acting as an exhaust. 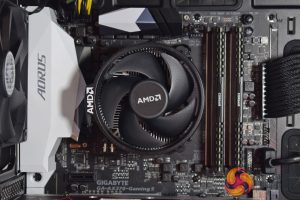 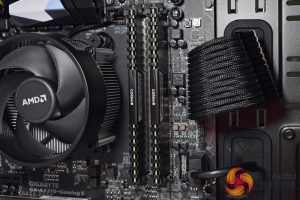 Also on the topic of cooling, it is interesting that Fierce PC include the stock Wraith Spire heatsink, which is obviously cooling the Ryzen 5 1500X. Considering the processor has only been given a modest overclock to 3.8GHz, it should be fine, but we will of course assess thermals and acoustics later in this review.

Next to the cooler we find 2x8GB of Corsair Vengeance LPX 2400MHz DDR4. Fierce PC told us that they tried a 3000MHz kit, which would’ve improved performance, but that caused instability – so they had to dial the speed down. 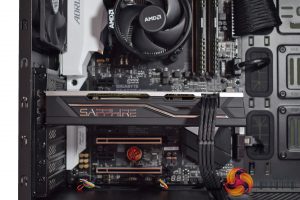 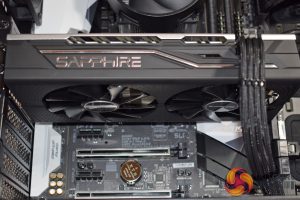 The graphics card is another point of interest as it is a brand-new RX 580. This particular model is from Sapphire’s Pulse family, so it uses a dual-fan configuration and is relatively short. 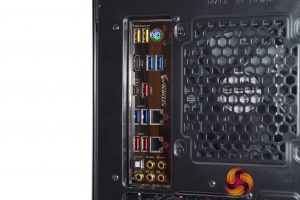 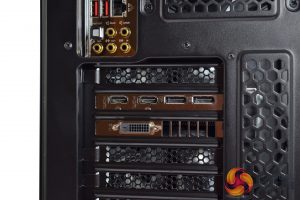 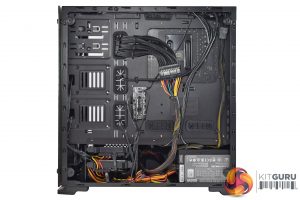 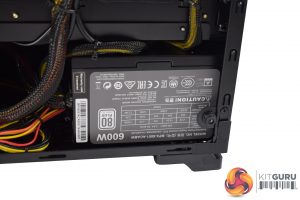 Looking behind the motherboard tray, cable management is also good here. The 24-pin cable extension does cover the CPU socket cut-out, so installing a 3rd-party cooler could be tricky if you want to upgrade down-the-line, but it is not a problem for the system as we see it now.

In the bottom left corner we find a 2-bay drive cage, and Fierce PC has populated this with a 500GB Samsung 850 EVO SSD, as well as a 2TB Seagate FireCuda solid stage hybrid drive (SSHD) for mass-storage.

The power supply is also worth noting as it is the Cooler Master MasterWatt Lite 600W model, the same unit as used by Chillblast in their Fusion Hex system. What strikes me most about this unit is its 80+ White (or just 80+) efficiency rating, which definitely seems a bit ‘behind the times’. I wouldn’t expect anything to go wrong with it, but we are used to 80+ Gold, Platinum and even Titanium models these days, so having the bare minimum 80+ White certification is definitely worth noting. 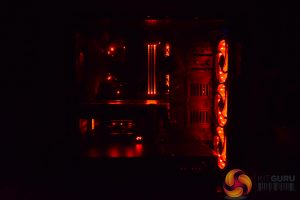 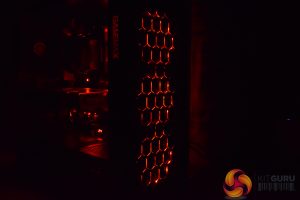 Lastly, it is worth looking at the system’s lighting. While it is not as flashy as the Dragon Flair Inferno GR4, the RGB fans and motherboard LEDs have both been set to red, and it does look pretty good.

The front of the case also sports a cool-looking honeycomb mesh section which is illuminated by the 3 RGB fans, another feature of the case that works quite well.