As users need to supply an M.2 SSD (PCIe or SATA are supported), we are not testing the speeds of the Toshiba OCZ RD400 we installed ourselves. This test is to ensure the M.2 interface is functioning at its maximum speeds. 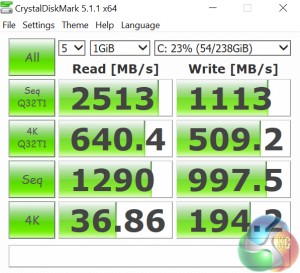 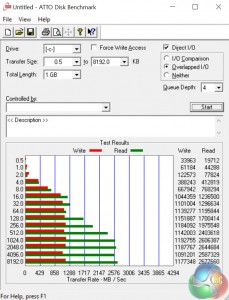 As you can see, the RD400 is operating at its full speed. This verifies the BRIX’s M.2 interface is fully-functional.

To test the BRIX’s USB 3.0 Type-A ports, I plugged in an OCZ Trion 150 SSD via a SATA-to-USB 3.0 5Gbps adapter, which uses the ASMedia ASM1053 controller. We reviewed the SSD HERE, finding it delivers good speed at a budget price. Most importantly, it is capable of saturating the USB 3.0 bus, allowing us to test the speeds the two USB 3.0 ports delivers. To test this, I ran both CrystalDiskMark and ATTO Disk Benchmark on the Trion 150 drive. 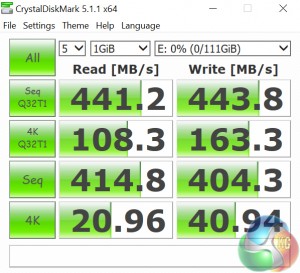 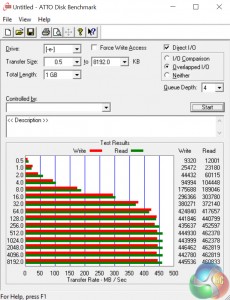 As expected, the USB 3.0 ports are operating right at the ceiling of the 5Gbps interface.