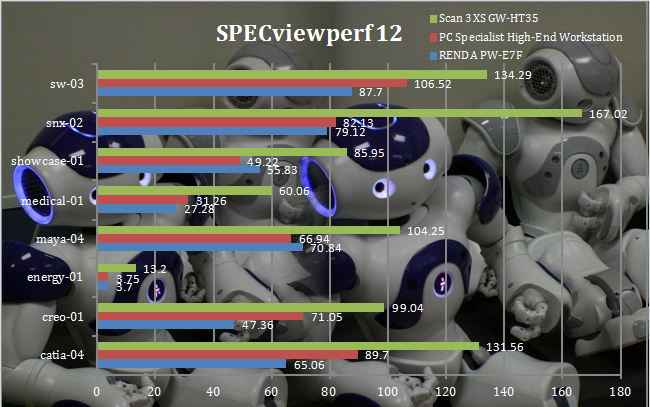 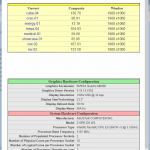 It’s hard to say anything much more about the Scan 3XS GW-HTX35’s SPECviewperf 12 results other than “wow”. The Quadro M6000 graphics annihilates all competition, with the Siemens NX snx-02 result being more than twice as fast as the Quadro K5200-wielding PC Specialist system.

The energy-01 viewset is particularly texture heavy, and the M6000 is more than 3.5x faster than the graphics in either comparison system. No matter what professional 3D content creation package you might be using, it’s clear this system will make short work of it when modelling.