The Threadripper 1950X is a formidable bit of silicon. This new chip has sixteen multi-threaded cores, which means it supports thirty-two concurrent threads. This chip is the beefiest part from the new Ryzen range, and it’s basically two 8-core Ryzen processors stuck together – which means huge power.  The 1950X has 512KB of L2 cache per core and a mighty 32MB of L3 cache, and it serves up a monster 64 PCI lanes.

The 1950X inside Chillblast’s machine runs at its stock speed of 3.4GHz, with a boost peak of 4GHz and an XFR ceiling that’s 200Hz higher than that.

The choice of chip highlights who Chillblast reckons will buy this PC. The sixteen-core Centauri isn’t necessarily meant for gamers – instead, it’s designed for people who undertake professional content creation and design work, as well as streamers and those who run other intensive applications.

That’s enough power for anyone here, although another system has pushed the 1950X further. The Armari Magnetar S16T-RW850G2 used the same chip, but overclocked its core to a constant 4GHz. 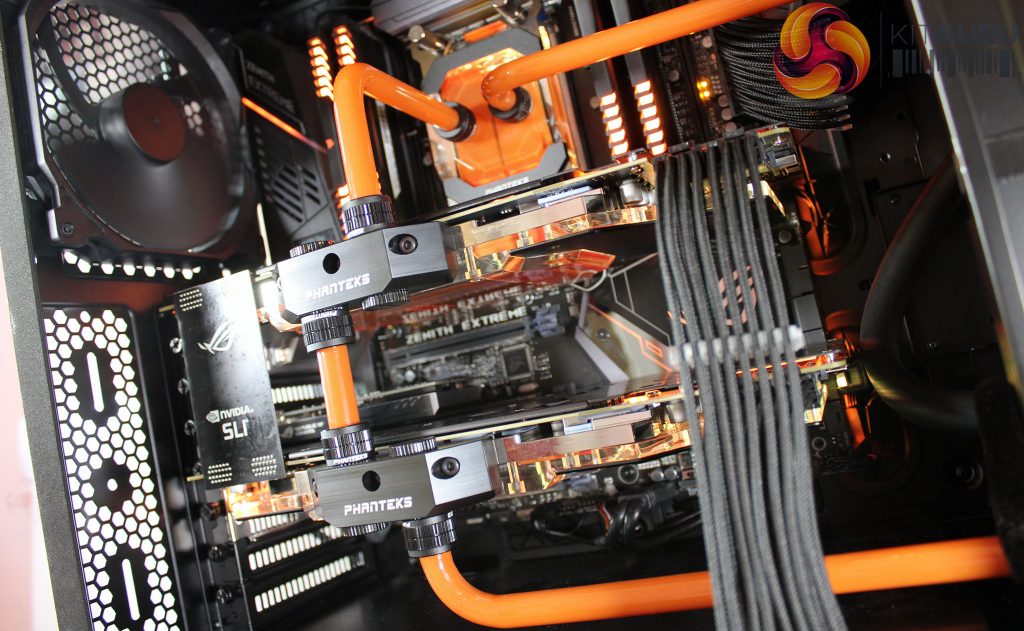 Back to the Centauri, though, the stock-speed processor is bolstered by two overclocked graphics cards. The GTX 1080 Ti’s stock speed of 1,480MHz has been upped to 1,630MHz, which means a boost peak of 1,744MHz. Overclocking aside, the two cards are formidable. They each serve up 11GB of GDDR5X memory, and between them they deliver 7,168 stream processors and 24bn transistors.

The SLI graphics cards make an interesting comparison to the Armari machines, both of which used single cards geared for more professional scenarios.

The Threadripper-based Amari system used an AMD Radeon Vega Frontier Edition, which is a new card designed for work scenarios. It’s got 16GB of HBM memory, 4,096 stream processors and a 1,382MHz core. Armari’s Intel-based machine uses an Nvidia GeForce GTX Titan Xp, which has 3,840 stream processors, 12GB of GDDR5X and a 1,405MHz core.

Elsewhere, the Centauri ticks most of the boxes that we expect from a high-end productivity PC. It’s got 64GB of DDR4 quad-channel memory, just like the Armari rigs, although we’re a little disappointed that it runs at 2,666MHz rather than 3,200MHz – when it comes to Ryzen/Threadripper, the general rule is ‘the faster the better’.

Storage comes from a whopping 1TB Samsung 960 PRO SSD that’s around twice as large as the drives in the Armari systems, and it has a 10TB hard disk – while its rivals made do with 4TB drives.

And then there’s the motherboard. The Asus ROG Zenith Extreme costs nearly £500 on its own, and it covers every base. It’s got support for 128GB of memory and quad-SLI and Crossfire, it has three M.2 connectors and a U.2 port, and it has six SATA ports and PCI-Express x1 and x4 slots. It also has the X399 chipset, which provides more ports and sockets than we’d know what to do with.

It impresses beyond the basics, too. At the rear it’s got ten USB 3.1 ports, a Type-C connection and Clear CMOS and BIOS Flashback buttons. It has Intel I211-AT Ethernet, dual-band 802.11ac wireless and SupremeFX audio. It doesn’t have Thunderbolt, though, which the Armari machines do include. 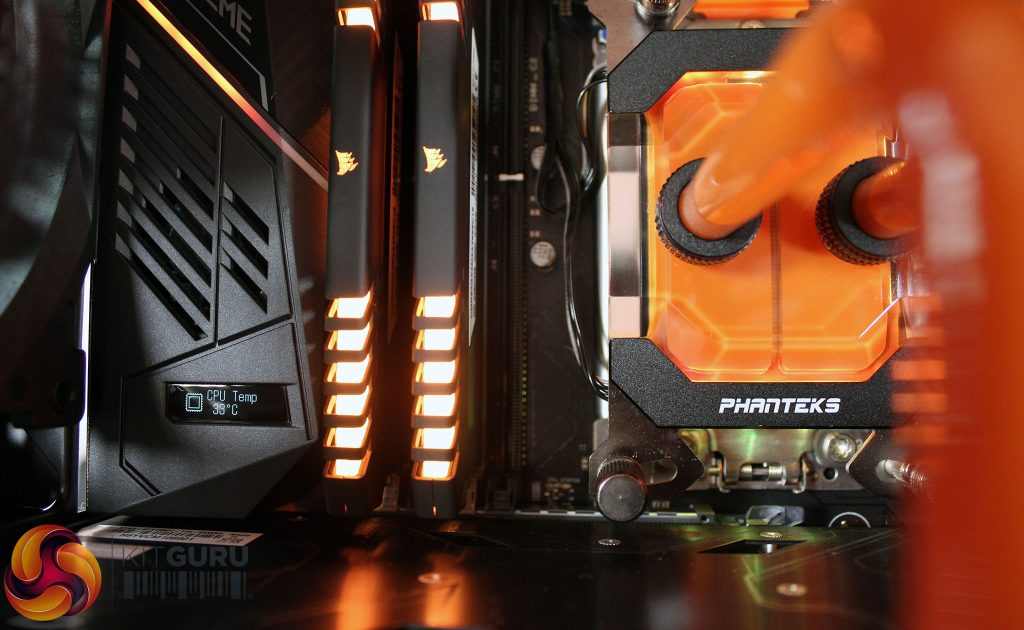 It’s also got more buttons than almost any other motherboard. At the top it has power and reset switches and a POST display, and at the bottom there are PCI and safe mode switches alongside more headers and connectivity.

The board is covered with attractive metal heatsinks, and the metal around the rear IO and the socket has a built-in fan and a tiny display that provides temperatures and frequencies. There’s even a ninth DIMM slot that can be used to connect two extra M.2 SSDs, and the board comes with an Asus ROG Areion 10G networking card, which enables wired networking at speeds of up to 10Gbps. That’s helpful, because the board doesn’t include dual Gigabit Ethernet.

It’s one of the busiest boards on the market, although the Chillblast’s graphics cards and water-cooling does mean that you need to be delicate if you want to get to some of its features – and some of them are blocked entirely.

The board also has more features than either of the motherboards on offer in the Armari systems – but that’s no surprise given the price differences. Armari’s Threadripper machine used an ASRock X399 Taichi, while its Core i9 rig deployed an Asus Prime X299-A. They’re both excellent boards that only really miss the extreme high-end features that are included on the Zenith, and they won’t dramatically impede performance.

A machine like this needs a hefty power supply, and Chillblast has delivered. The Centauri is powered by a Corsair AX1500i that delivers 1,500W of power in a fully modular design that’s got an 80Plus Titanium certification. The Armari machines had 1,000W PSUs with Gold efficiency ratings.

Lastly, the Centauri runs Windows 10 Professional 64-bit, and the firm’s usual five-year labour warranty that includes two years of collect-and-return service. The deal is two years longer than the Armari warranties, but those deals also offered a year of on-site service.