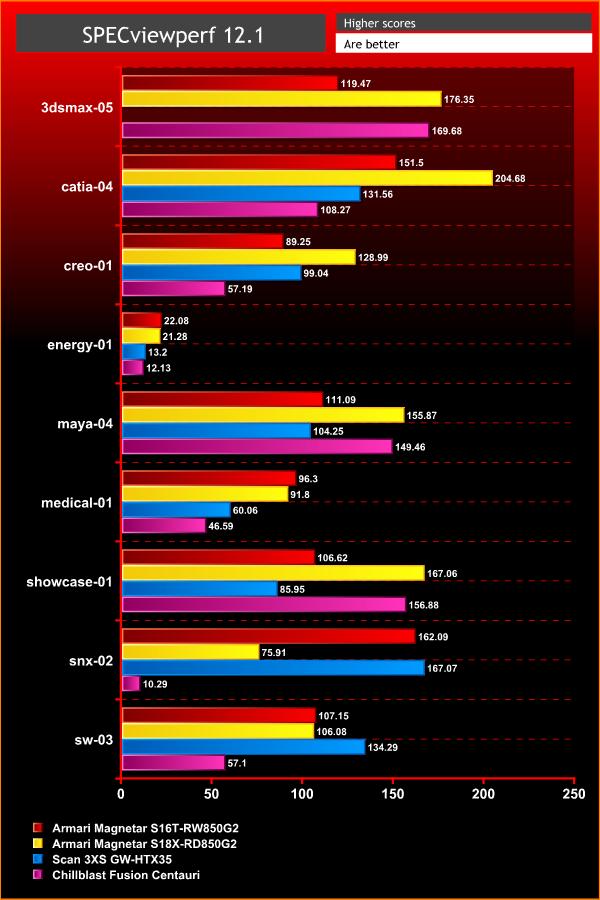 The Chillblast served up an interesting set of results when compared to its rivals, but the stock-speed processor, consumer graphics cards and marginally slower memory meant that it couldn’t often beat Armari’s workstation systems.

Chillblast’s machine was able to outpace Armari’s Threadripper rig in the 3DSMax, Maya and Showcase – undoubtedly helped by its two graphics cards. However, it was still behind the overclocked Intel machine in those tests.

Indeed, the Fusion Centauri was also behind both rigs in most of the SPECviewperf 12.1 tests. This is still a quick system, but the lack of a processor overclock, the lesser memory speed and consumer-grade graphics cards have an undoubted impact.