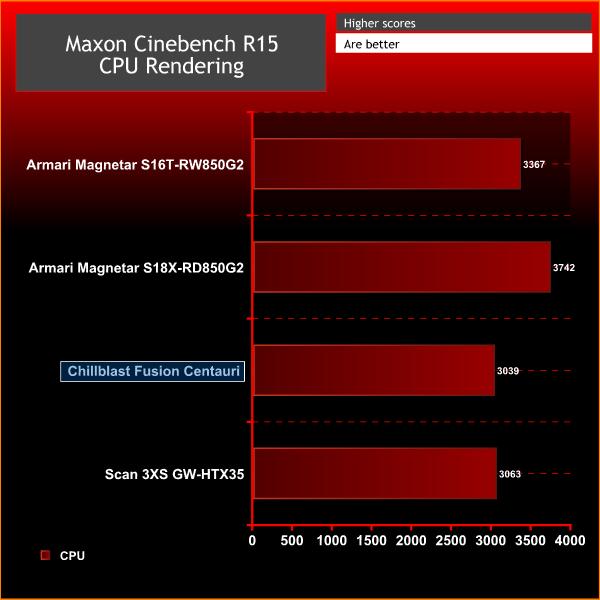 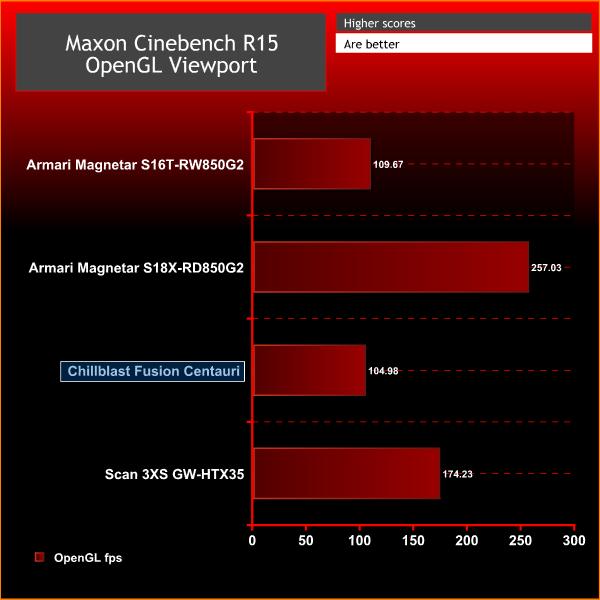 The Chillblast machine isn’t overclocked, so its multi-core result of 3,039 immediately falls behind the two tweaked Armari machines: it’s around 300 points behind Amari’s Threadripper model, and about 700 points back from the Intel Core i9 system.

Those machines may be faster in this test, but it’s not like the Chillblast system is slow. The Centauri’s result of 3,039 is about level with the Scan 3XS GW-HT35, which arrived in 2015. That machine cost around £2,000 more than the Chillblast and it relied and two monster Intel Xeon processors – and now, in 2017, the Chillblast’s sole Threadripper chip is just as quick.

The Centauri’s OpenGL result of 104.98fps is far more ordinary, though. It’s only a couple of frames behind Armari’s Threadripper machine, and miles behind the Intel-based rig. We’re intrigued to see how the Chillblast performs in other OpenGL benchmarks.