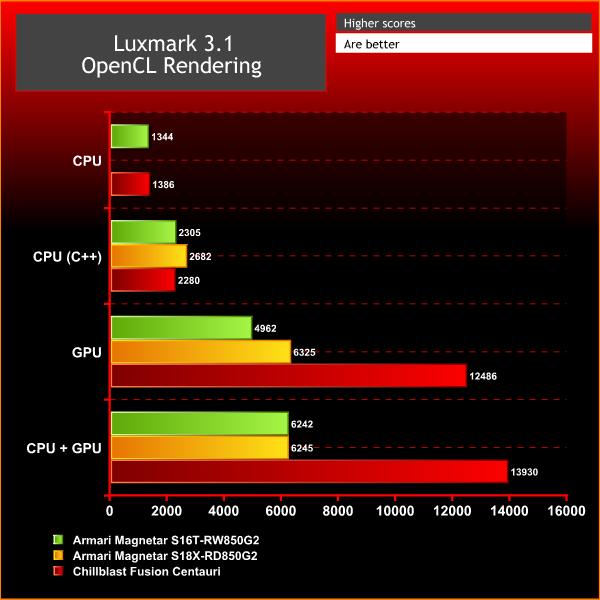 The Chillblast returned an extremely strong set of scores in the Luxmark test. Its CPU result of 1,386 was actually a little bit ahead of the Threadripper-based Armari machine, indicating that the overclock hasn’t made any significant difference to performance.

The Chillblast led the way in other component-based Luxmark tests. Its GPU result of 13,390 is miles faster than both Armari machines, which only used one graphics card rather than two. And when we combined the CPU and GPUs, the Chillblast’s score of 12,486 was about three times quicker than the Threadripper machine and twice as fast as the Intel rig.

The Chillblast’s C++ score of 2,280 is a little slower than both of those overclocked machines, but that’s the only area where this machine falters. If you’re using this kind of OpenCL tool, the dual-GPU Chillblast fits the bill.