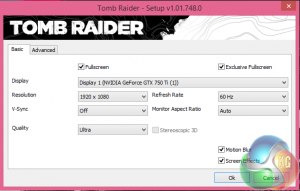 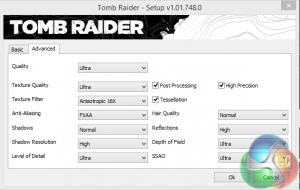 We configured Tomb Raider to run at 1080p with Ultra image quality settings, shown above. We did try Ultimate, but the GTX750 Ti struggled a little to maintain 25+ frame rates. 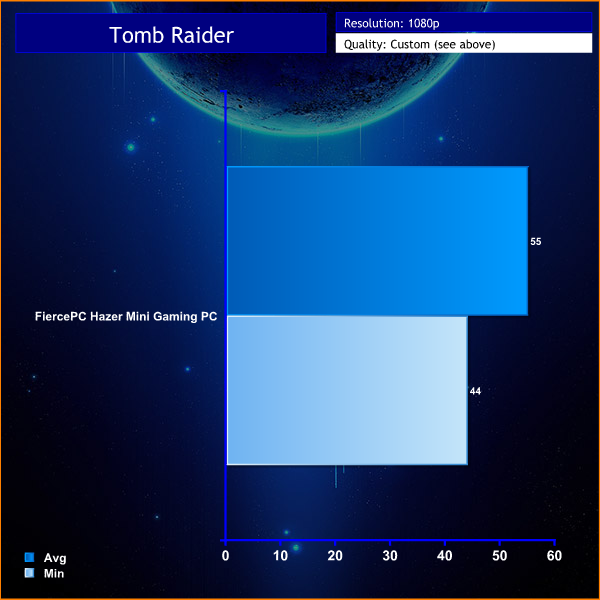