A couple of weeks ago for KitGuru Games, I wrote about my most anticipated games for the rest of 2021. Deathloop didn’t crack the main list, in large part due to confusing marketing, but it did get an honourable mention from me based on intrigue.

Sure, we knew it was a game based on a time loop with an assassin hunting you down, but the trailers and general consensus online made it seem like that's all there was to it. With that in mind, I was very surprised to see so many 10/10 and 9/10 review scores popping up earlier this week, so let’s take a closer look at just what makes Deathloop so special. 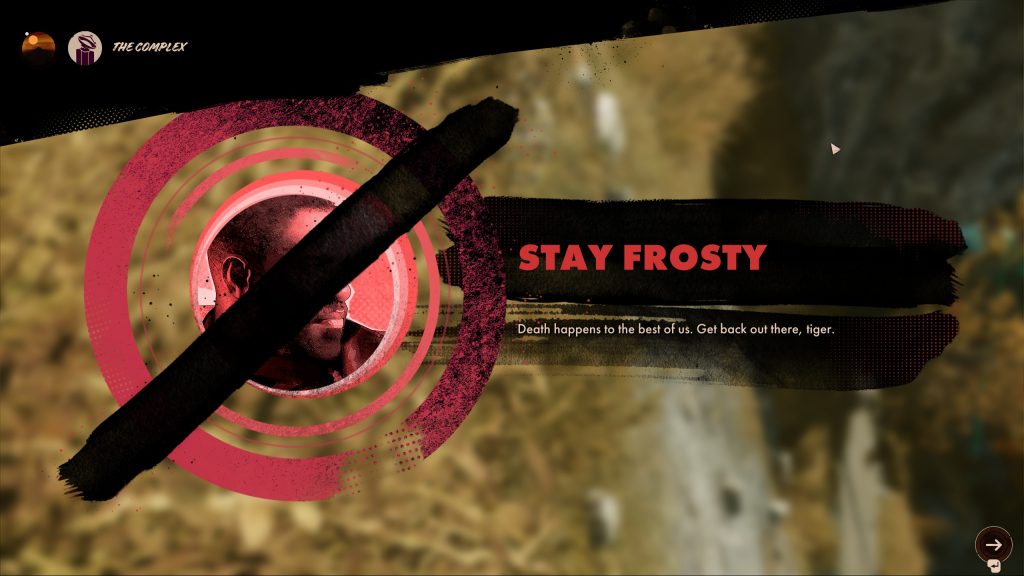 My biggest hang up going into Deathloop was the rogue-like experience. Typically, this isn't a genre I choose to play or get particularly excited about, after all, what's so fun about dying and repeating your steps over and over again? I went into Deathloop expecting something pretty basic, a game where we spawn in, collect weapons, fight through enemies to get to the next zone, or die and start again from scratch. The reality is, the game is much more than that.

As a warning, the next few paragraphs will contain some light early story spoilers from the first couple of hours of the game – skip beyond the next picture to appear in this article if you want to head into the game completely blind.

Right from the get go, Deathloop is oozing with style, personality and humour. The game opens with a mysterious assassin murdering our main character, only to wake up on a beach moments later with strange strings of text appearing near rocky surfaces and walls. We speak to Julianna, the assassin that just killed us, she is toying with us and at the same time, she is frustrated by our lack of knowledge, so she drops some clues so that we can start piecing this puzzle together.

After learning that our character's name is Colt, we also learn that we are on the Isle of Blackreef, and for some reason, we have an apartment right here on this island. Now armed with this new information, we head off to our living quarters to learn a bit more.

In true Arkane fashion, Deathloop is a ‘play your way' game, meaning you can load up on weapons and try to brute force your way through areas, or you can approach each zone like a stealth puzzle, sneaking past enemies or tactically picking them off one by one in order to move forward. For now, the combat is basic, you have a hand gun and a machete to get the job done, but once you make it to Colt's apartment, the larger mystery at play begins to reveal itself.

Colt didn't just end up on Blackreef, he chose to be there and even acted as head of security on the island. You're not alone either, as there are eight other dangerous characters here, all living through the same day-long loop that you are. In order to break the loop and escape, you'll need to figure out where all these targets are and take them out within one day/loop. Julianna and the other targets are enjoying their time here on Blackreef and will go to great lengths to stop you from breaking the loop.

With all of this now in place, Arkane has created a strong foundation for the narrative. The story moving forward will be focused on Colt finding answers – who is he? Who are the other targets and why did they choose to participate in this time loop experiment? What's going to happen when we break free? And most importantly, who is actually behind all of this? 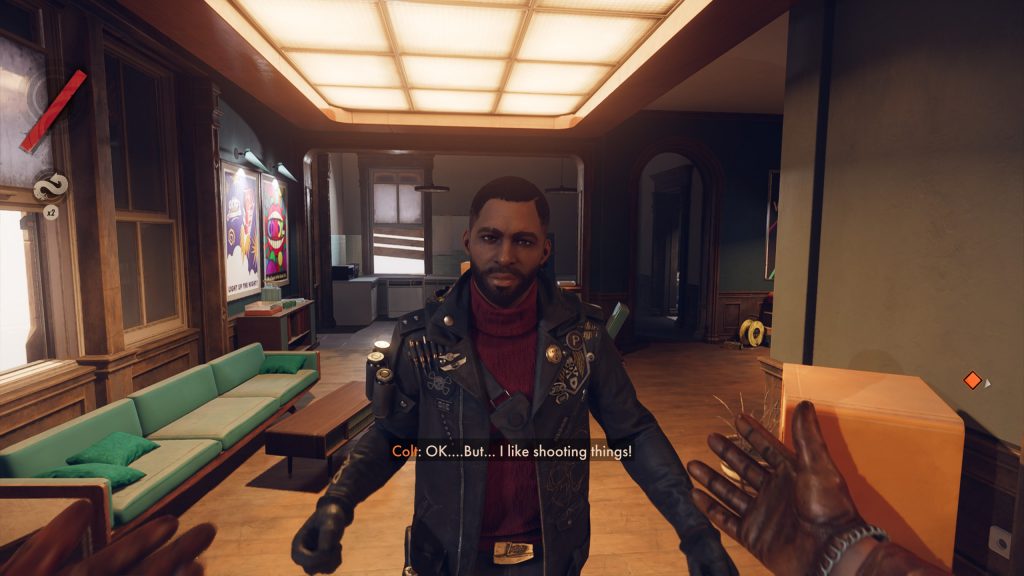 Deathloop's combat starts off pretty basic, arming you with a single gun and a melee weapon for silent takedowns. Eventually, you will gain your first special power – Reprise. This essentially gives Colt multiple lives, so you won't automatically fail a loop from dying anymore. Instead, time will rewind, Colt will be transported a bit further back in the level and you'll have the opportunity to try again. Die three times and the loop ends and you'll find yourself back on the beach with no gear or weapons.

These special powers are known as Slabs and each major target in the game has their own unique Slab. Killing Julianna for instance will net Colt the ability to teleport over short distances – just like Blink in the Dishonoured games. Other Slabs will allow you to connect multiple enemies together and from there, harming one of them will harm every connected enemy too. You can only have three slabs active at one time, and it is going to take you a while to collect that many, particularly if you die and reset often.

Colt's abilities can further be augmented through Trinkets, which are more common to find while exploring areas. These grant smaller bonuses, like the ability to double jump, taking less damage etc. This means you'll spend a good chunk of time experimenting with different loadouts to tackle challenging bosses and levels.

While it is true that you will lose all of this gear if you die before the loop ends, there is a way to carry gear forward into the next day/loop. One of the first major missions will have you tracking down a scientist and stealing her technology, which allows for weapons and gear to be saved and carried over between loops. You'll need to collect a currency called residuum in order to save weapons, which can be earned by sacrificing other pieces of gear, killing Julianna or by absorbing it from glowing objects placed randomly throughout the world.

If you survive until the end of a loop, or head back to Colt's tunnels running under Blackreef, you'll have the opportunity to spend residuum to keep any collected weapons for the next loop. If you find a rare or legendary gun you like, you can head back to the tunnel and exit the level at any time and then preserve it.

All of these features combined keep the combat fresh and interesting, providing room for experimentation while figuring out the best way to tackle each challenge. 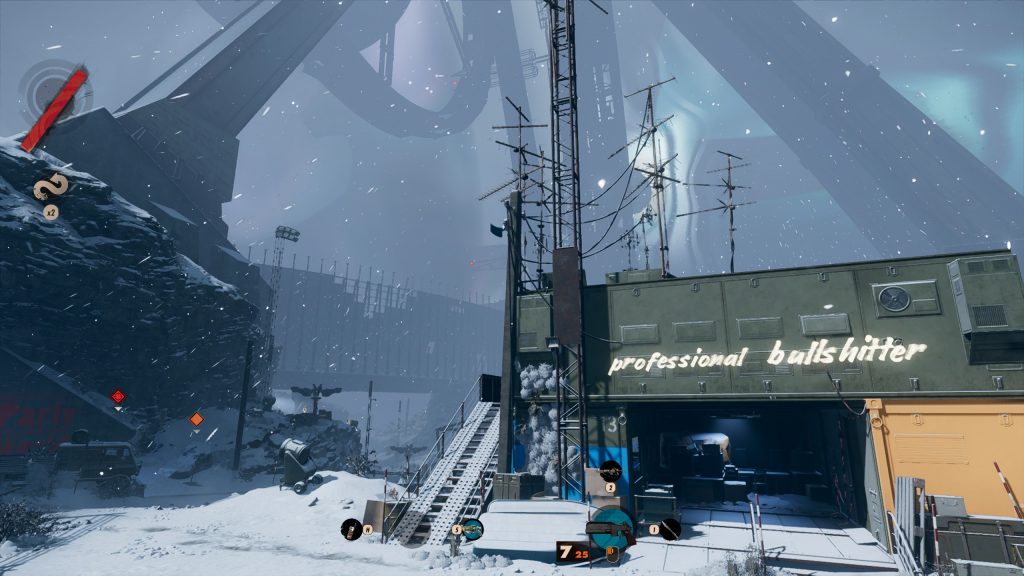 As you explore each level, you'll pick up on context clues, listen to audio logs or read messages that give you leads on where to find better weapons and gear, or each target. Every day/loop on Blackreef is split into four parts – Morning, Noon, Afternoon and Evening. A target may only be available to take down in one portion of the day, or they could be in one area in the morning and a completely separate area in the evening. At certain times, you may find multiple targets in the same place at once. Accessing certain locked areas also require that you show up at the right time of day.

Deathloop does a great job of tracking all of this information for you, so it isn't nearly as overwhelming as it sounds. This also means that you are never wandering around areas aimlessly and takes any confusion out of it. Every time you set off to one of Blackreef's zones, you will have a clear goal in mind, just don't be afraid to do some exploring along the way, as there are secrets around every corner.

Speaking of secrets and locked areas, you will need to find codes for locked doors and safes. Each code is unique to your game, so you can't just go to Google and search up a complete list of door and safe codes to make the game easier. You can look up where to find specific codes if you're stuck, but when it comes down to it, you'll still need to put in the work yourself. Once you have found a code, it will be saved, so the next time you go to unlock that door, an auto-fill option will appear, saving you the hassle of typing in the same code over and over again.

Every piece of information you learn during a loop, including leads on weapons/targets and codes, will be saved. If you die, Colt will remember everything learned before then, just as the player does. This makes dying a little less frustrating, as you are still getting something valuable out of the loop attempt and moving forward with the story. 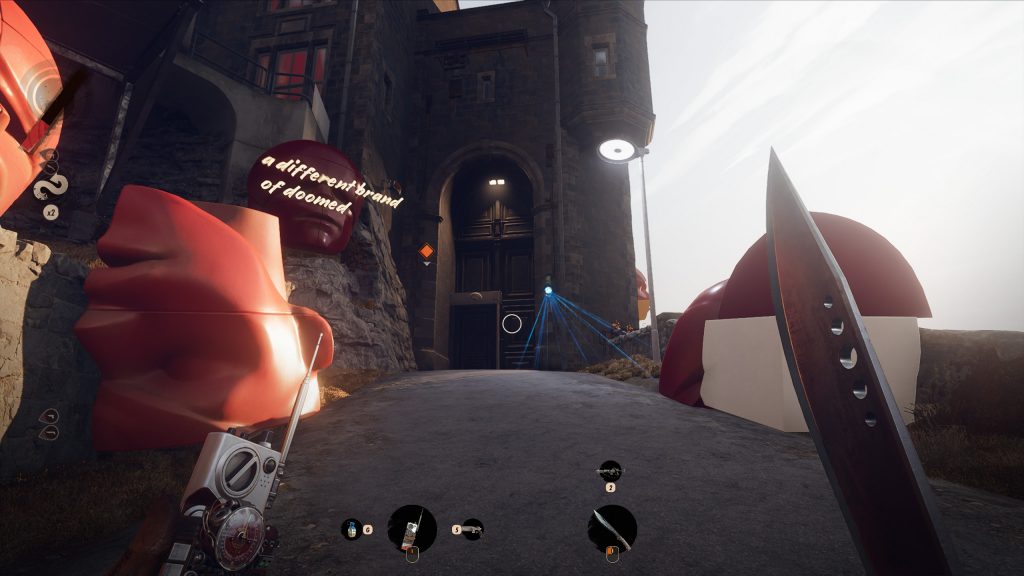 I'm still early on in my playthrough of Deathloop but I can already see why the game has garnered such high critical acclaim. While Arkane isn't known for realistic graphics, the areas in Blackreef still look fantastic thanks to strong art direction and level design. Each of the four districts is unique and has its own architectural style, the soundtrack is jazzy, giving off the vibe of a 60's spy film and while our main man Colt does recognise the messed up situation he is in, he'll also bust out quips as if he's starring in an action comedy.

For anyone thinking about picking the game up, there are some things to note. Firstly, this game can be played completely single-player. You have the option to turn off PvP mode, which will allow player-controlled versions of Julianna to invade your game and take you down. If you switch PvP off, Julianna will be controlled by AI instead. I do recommend switching PvP off while you get to grips with the game and start building up your arsenal.

While Arkane and Bethesda are technically owned by Microsoft now, Deathloop is a PlayStation 5 console exclusive and won't appear on an Xbox system, or Xbox Game Pass, until at least September 2022.

There is a PC version of Deathloop available on Steam and other stores. Personally, I've had no issues with performance while running the game at 1440p with high settings on a Core i7-8700K and a GTX 1080 Ti. With AMD's FSR tech switched on (yes, it works even with Nvidia graphics cards), performance remains well above 60 frames per second. However, if you look on the Steam store page for Deathloop, it has ‘mixed reviews', because a lot of users have had issues with in-game stuttering.

Bethesda is already aware of this issue and has a patch in the works, so if you're concerned about performance, perhaps wait for that update to begin rolling out before buying.

KitGuru Says: Deathloop appears to be the sleeper hit of 2021 and even just a few hours in, it is easy to see why. If you're like me and you usually skip over anything that could be considered a rogue-like, then perhaps set that aside and give this game a shot.