The South Korean government plans to invest approximately 1.6 trillion of won ($1.49 billion, €1.088 billion, £895.89 million) into joint development and commercialization of the 5G wireless telecommunication technology with commercial companies. The 5G promises to be around a thousand times faster than existing standards.

The science ministry of South Korea believes that the 5G telco technology will generate around 331 trillion won in new mobile devices and network infrastructure between 2020 and 2026. In particular, it is expected that new transfer speeds will enable ultra-high-definition video on mobile devices, rapid transfers of massive amounts of data as well as a multitude of use cases that are unimaginable today.

At present it is anticipated that the 5G technology can be up to a thousand times faster than many 4G/LTE deployments today, reports TheNextWeb. The ministry reportedly said it would develop 5G together with mobile carriers and device manufacturers, such as LG Electronics and Samsung Electronics. 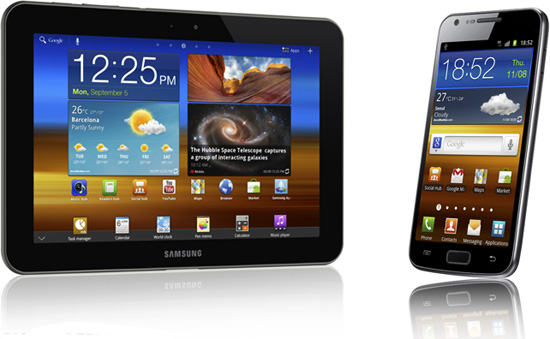 The race for leadership in next-generation mobile communications development is getting more and more aggressive. China established a government-led “IMT-2020 (5G) Promotion Group” for 5G research in February 2012; the European Commission unveiled plans to invest €50 million to bring 5G services to the market by 2020 in 2013; Intel and Verizon last year also teamed up with the U.S. universities to explore 5G tech.

The interest for 5G wireless telecommunication technology by both governments and commercial companies is understandable. In addition to a natural boost to economy thanks to faster and better communications, companies like Samsung could become viable players on the market of telecom equipment, which would bring it billions in additional revenue.

Back in last May Samsung successfully transmitted data in the millimeter-wave band at a frequency of 28GHz at a speed of up to 1.056Gb/s to a distance of up to 2 kilometers. The implementation of a high-speed 5G cellular network requires a broad band of frequencies. Samsung’s daptive array transceiver technology, using 64 antenna elements, can be a viable solution for overcoming the radio propagation loss at millimeter-wave bands.

The 5G service will be tried on social networking services as early as in 2015 before expanding to include 3D images and cloud services two years after, reports The Guardian.

KitGuru Says: With such massive investments into the exploration of 5G wireless telecommunication technologies from the government of South Korea, LG and Samsung may receive a good head start compared to telco giants from different parts of the world. Perhaps, not only companies like Ericsson have to worry, but various regulators as well?