On the face of it, the Huawei Mate 20 Pro looks like plenty of other flagships we have seen this year – slim bezels, fairly wide notch, tall aspect ratio. It is safe to say phones are all starting to look a bit sameish. There is more to the device than that, though, so let’s take a tour of the phone itself and point out the interesting and differentiating features.

Starting with the button placement, the right-hand side of the phone is home to the power and volume buttons, while the left-hand side is left bare. Huawei has positioned the SIM tray along the bottom edge (which supports 2x Nano SIMs or 1x Nano SIM and 1x Nano Memory storage expansion card) next to the USB-C port. There is no speaker grille, as the speaker has been positioned internally to fire out of the USB-C port, but more on that on the next page.

Now, we mentioned the notch – this is a fair bit wider than what we saw with the P20 Pro, and the reason for that is Huawei has incorporated what it calls ‘3D Face Unlock’, a more secure facial unlocking technology that makes use of an IR camera. So, more sensors at the top of the screen requires a wider notch. There is still the option to ‘disable’ the notch via software, though, as is becoming increasingly common.

Another interesting feature is the in-screen fingerprint scanner. This is positioned about two thirds of the way down the phone, and a little fingerprint symbol pops up to let you know where you need to place your finger. There is no capacitive fingerprint scanner, so to unlock the phone (besides using a pin code) you can use the under-display scanner or the facial unlocking. More on these on the next page.

It’s also worth making clear, if you haven’t been able to tell already, that the phone’s screen is indeed curved – the panel tapers over gently to meet the aluminium frame of the phone on both sides. In fact, the glass back also curves over to meet the metal frame as well, and all in all it creates a very ergonomic phone that is comfortable to hold and feels undeniably premium.

Speaking of the back of the phone, it is of course made of glass and I have the new Midnight Blue colour – though I do not think this has made its way to the UK. Other colour options include black and Twilight, but both the Midnight Blue and Emerald Green options have one thing in common – they both sport a slightly textured finish which Huawei calls the ‘hyper optical pattern’, and you can see the thin pinstripes on the rear of the phone. It feels smooth to the touch, but if you rub your nail against it, it has a fuzzy kind of feeling like you’re scratching vinyl. This is not only an aesthetic decision, but it also significantly improves grip over a flat glass back.

We also get a look at that standout square camera module on the back of the Mate 20 Pro. This houses the flash and 3x camera units, which we look at in detail later on in this review. I have to say, I do quite like the square module look, though it does protrude slightly from the back of the phone which does cause dust build up. The Huawei logo is also positioned towards the bottom of the glass back.

The last feature to mention as well is the IP68 water and dust resistance rating, up from IP67 on the P20 Pro. 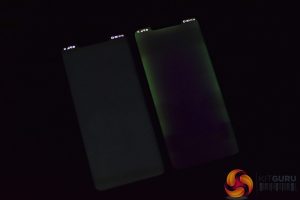 Now, moving onto the display. We’ll get to size, resolution and general quality in just a bit, but first I need to address an issue I had with my Mate 20 Pro, and an issue it seems a fair few people have also had – the so called ‘#gluegate’ debacle.

Some have said this doesn’t really bother them, but I have to disagree – I found it to be very distracting during general use, and it made watching videos quite disappointing. It is true that it is more visible in darker conditions, but I found once the sun started setting at around 3PM here in the UK, I would really start to notice the sides of the phone display this luminous colour.

I also have to say, I am not sure Huawei is dealing with the issue very well either. I can’t seem to find an official public statement about the problem, and I have not yet heard from Huawei when I asked both what was causing the issue, and if they knew how many devices were affected. There has also been no general recall, either, meaning I have heard stories of people going through multiple handsets before getting one without the issue – essentially, the public weeding out the faulty devices, which is a far from ideal situation for a customer who has just spent £899 on a mobile device. 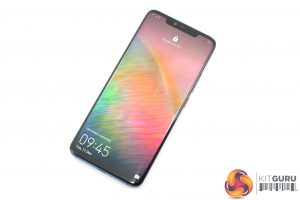 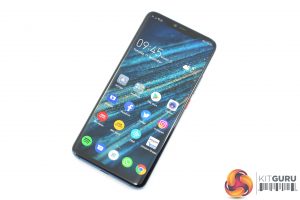 I have to say, the issue overall – and it is admittedly hard to know just how widespread it is, but there are no shortage of complaints about it online  – definitely does alter my view of the display, and the phone as a whole. It’s a shame really, as my replacement unit does not exhibit this issue and the screen is actually very good.

It’s a 6.39in panel with a 3120×1440 resolution, and this in itself is an upgrade over previous Huawei flagships with their 1080p displays – it is noticeably sharper whether you are reading articles, watching videos or browsing through photos. The resolution also means it is a 19.5:9 aspect ratio, so it is extra tall – even when compared to an 18:9 aspect ratio phone. 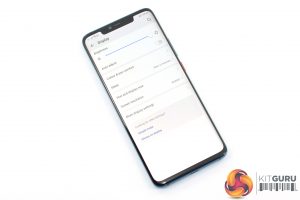 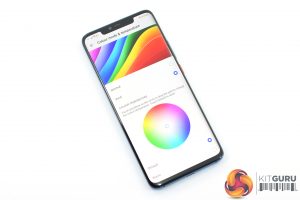 Compared to the P20 Pro as well, the OLED panel is noticeably better, with higher contrast and more punchy colours – the P20 Pro looks positively flat in comparison. I do still think this is just a step below the best panels from Samsung – the Note 9 has probably the best screen going at the moment – but the screen is overall much improved to the point where I have been quite happy using this day to day, whereas I always wanted a bit more from the P20 Pro.

So while it is definitely a very good display – the best I have used on a Huawei phone – I just find it hard to look past the gluegate issue. When you’re paying £899 for a premium flagship like this, it really can alter your perception of the display and the phone as a whole – and that is particularly the case as I think Huawei could be doing much more to deal with the issue, rather than waiting for unhappy customers to bring the old phone back and get a replacement. From the stories I’ve heard, even that is not a guarantee you will get a fully functioning device.