Given that the RP-AC68U is designed to be a high-performance wireless extender, we changed our test setup slightly, partly to put it through its paces a bit more. 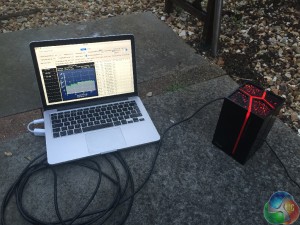 Rather than the usual 1 meter, 5 meters, and 10 meters distances we usually measure out exactly, with full line of sight to the router, we ditched the 5 meter distance and instead tested it at 20 meters.

That’s a tough distance for any wireless kit, but it’s highly unlikely anyone would use the RP-AC68U in bridge mode in the same room as their router. Therefore the 1 meter results are included for completeness only, to show the maximum possible speeds it can manage.

We first tested Bridge Mode with an 802.11ac link between the Asus RT-AC88U router and the RP-AC68U, with a Mac connected via Ethernet at both ends, using the software WiFi Perf, which draws pretty graphs as well as calculating an average network speed. We record the average speed over three minutes, measuring both client-to-server (c2s) and server-to-client (s2c), equivalent to read and write results. 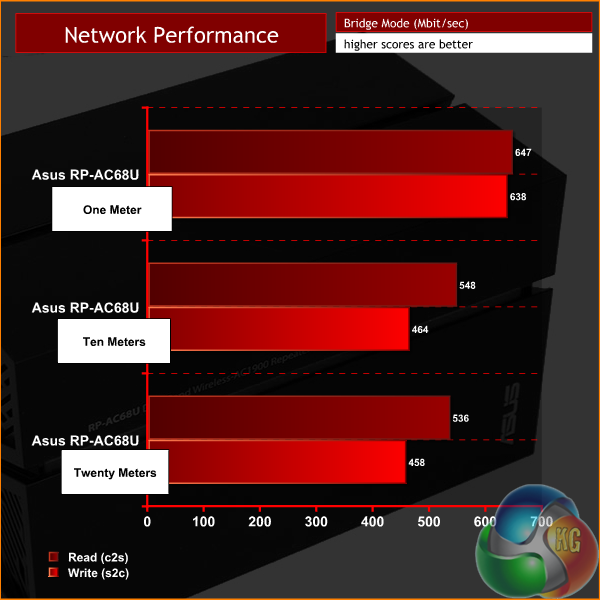 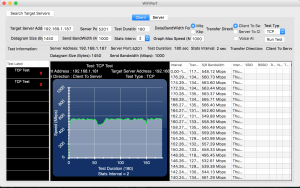 At short range, you can see the full bandwidth provides the rough equivalent of a 3×3 router, with around 650 Mbit/sec.

That is nothing particularly special. But the RP-AC68U is intended to be used at longer range, so the 10 meter and 20 meter results matter more.

Some cheap (and some not so cheap) standard 3×3 802.11ac routers struggle at longer distances. But here, you can see the RP-AC68U races ahead, with close to full speed.

Given that this is an extender/repeater, designed to boost the signal of a wireless network or share a single strong wireless link among devices in a large area, performance at distance is the most important benchmark, and it managed this very well. 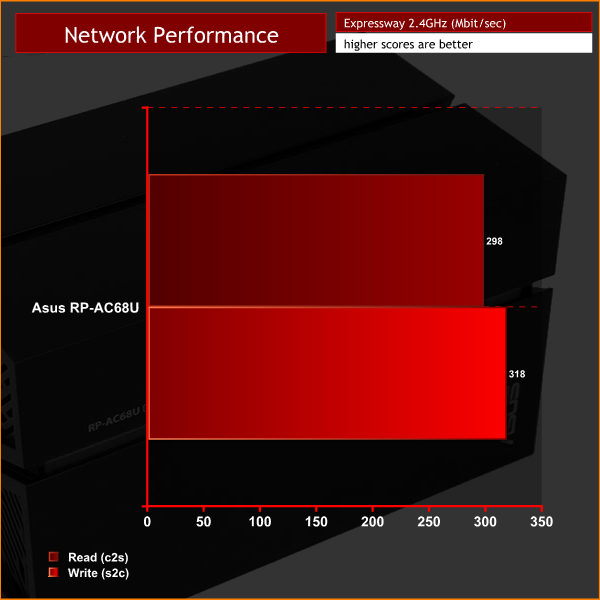 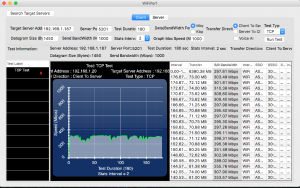 We tested both ExpressWay modes with the router and Asus RP-AC68U placed in direct line of sight exactly five meters from one another, with our MacBook Pro client positioned roughly three meters from the repeater. So there is still quite some distance between the data source and the client, travelling over two wireless links, with inevitable packet loss occurring over each. 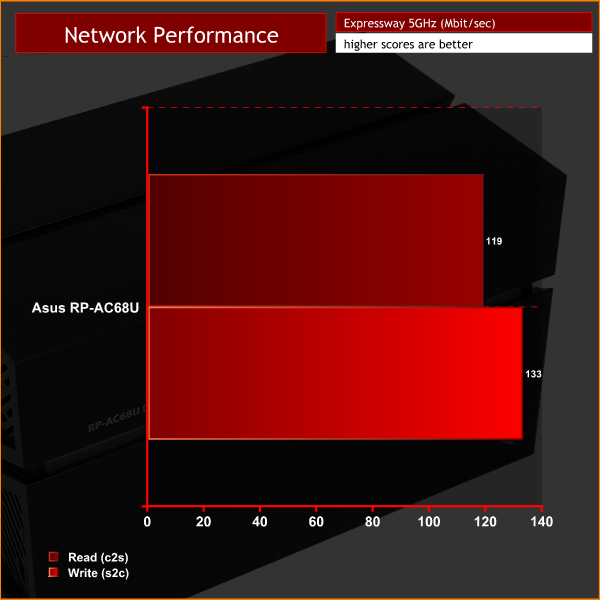 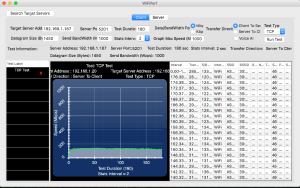 Results with a 5GHz link between the router and repeater, and 2.4GHz wireless link to the client, were fairly average for 802.11n, the only real chink in otherwise great results. However, as this is a 2.4GHz 802.11n connection, our client may be limiting the speed here.

Lastly, we tested the USB 3 port with some file transfer tests, using a Samsung T1 portable SSD, via a computer directly connected to the Asus RP-AC68U via Ethernet. 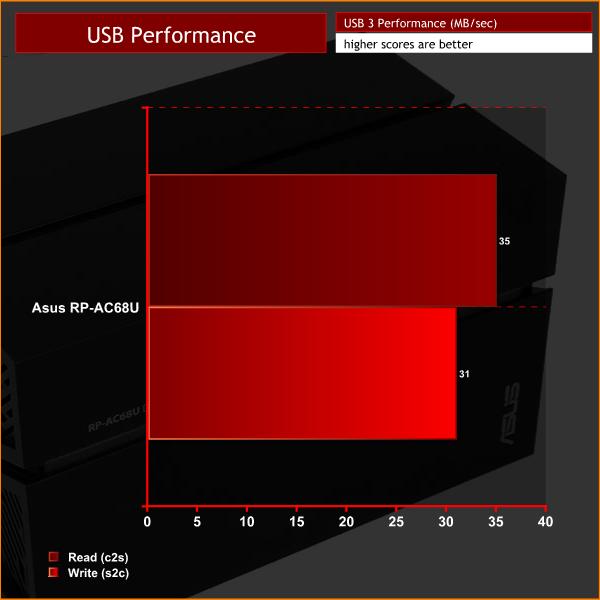 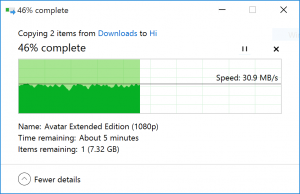 The speed of USB ports on routers often depends on the CPU performance, and with write speeds of 31 MB/sec and read speeds of 35 MB/sec, the Asus RP-AC68U is outperformed by full-sized standalone routers in this regard, including those from Asus themselves. This is to be expected as the CPU isn’t as powerful in a wireless repeater.