This is where the real meat of the performance evaluation lies. The Asus RT-AC5300 costs more than most routers. You’re paying for dual 4×4 wireless networks. How well it does in these tests is central to any evaluation.

Our first test was a standard 4×4 wireless transfer test. One Asus RT-AC88U configured as a bridge, connected to a Mac via ethernet cable, with another Mac connected to the RT-AC5300. We measured speeds at the same one, five and ten metre distances as the other tests.

Note all speeds are in Mbit/sec 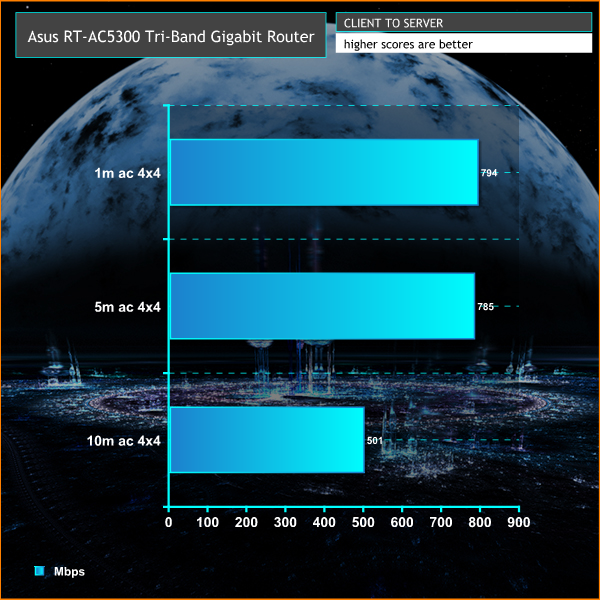 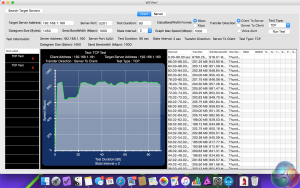 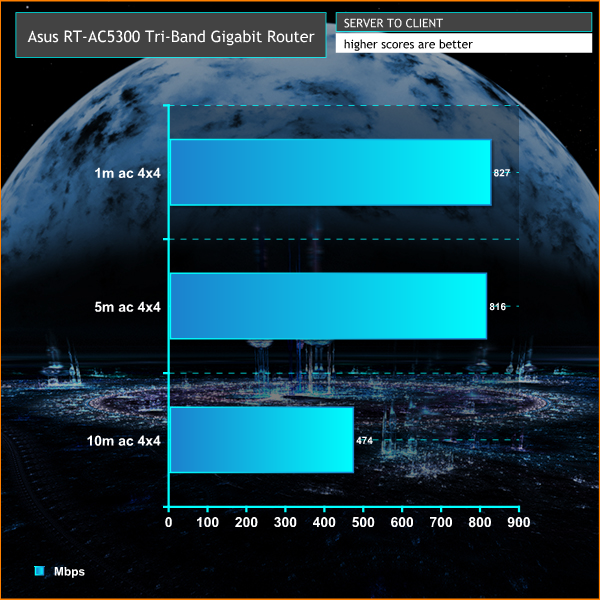 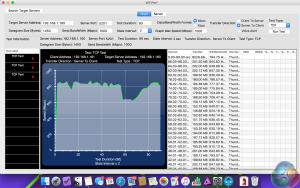 At short range, we recorded excellent results of 794 Mb/sec and 827 Mb/sec, some great speeds, really illustrating the extra performance you get with a 4×4 802.11ac router. Once again, performance drops off a bit with the client-to-server tests.

With two 4×4 routers as clients, we ran one final test, measuring data speeds between the two clients directly, with the Asus RT-AC5300 in the centre. We placed each at opposite ends 5 metres away from the Asus RT-AC5300, each connected via ethernet to a Mac, so the only wireless links were the two between the router and the clients.

Usually, client-to-client wireless transfer speeds are miserably low, even on 802.11ac. There’s considerable packet loss as a signal has to travel through empty space, be picked up by the router, processed, then blasted out again into the air and picked up by a client at the other end.

From most routers, you might get 600 Mb/sec sending data directly, but to another client on the network this will usually drop considerably.

Given that the use of bridges and access points is one of the potential uses of the RT-AC5300, client-to-client transfer speeds are important to the Asus RT-AC5300.

Client A to Client B 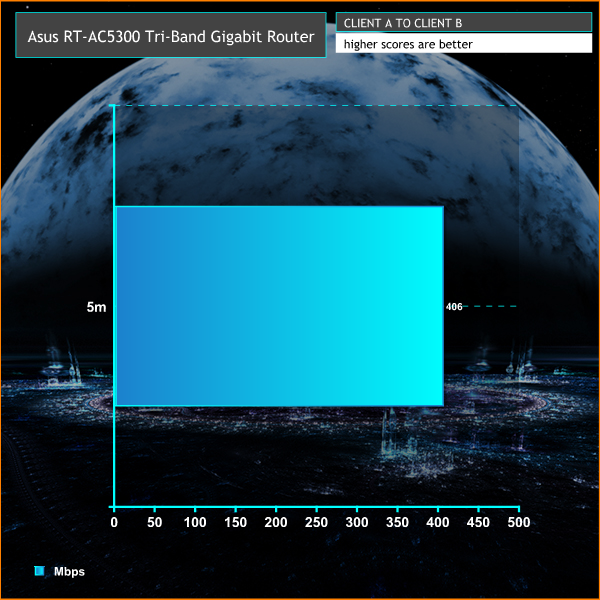 Client B to Client A 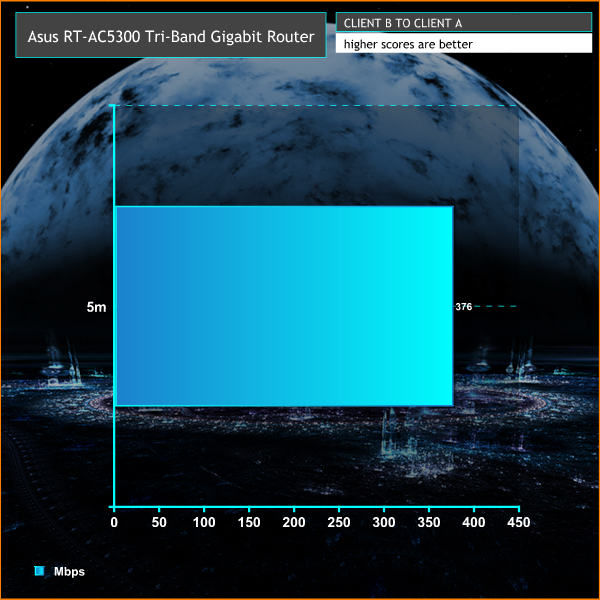 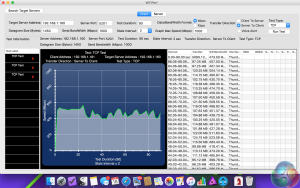 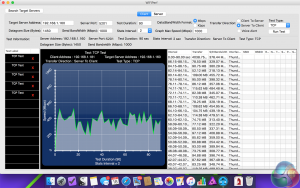 You still get some considerable drop in performance when using two wireless links, but in general these are good results, and crucially, better than anything that can be achieved with any other wireless protocol.