We supplement the 1080p gaming results with three games tested at 2560×1440 resolution. 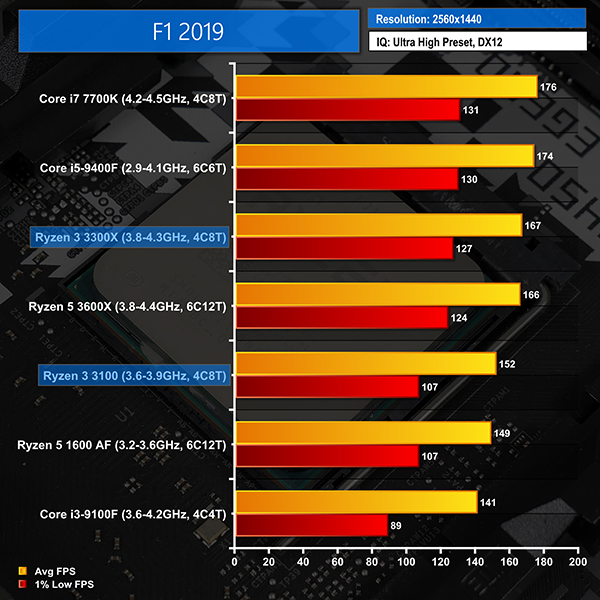 The Core i5-9400F is less impacted by the resolution increase to 1440P in F1 2019. That allows its average FPS performance to leapfrog the Ryzen 3 3300X into second position. Nevertheless, nobody will complain about 167 average FPS numbers and comparable performance to the Ryzen 5 3600X from a £115 quad-core.

Higher performance is still achieved by the Ryzen 3 3100 versus the 1600 AF, but this time the margin is tight and realistically negligible in real world gameplay. 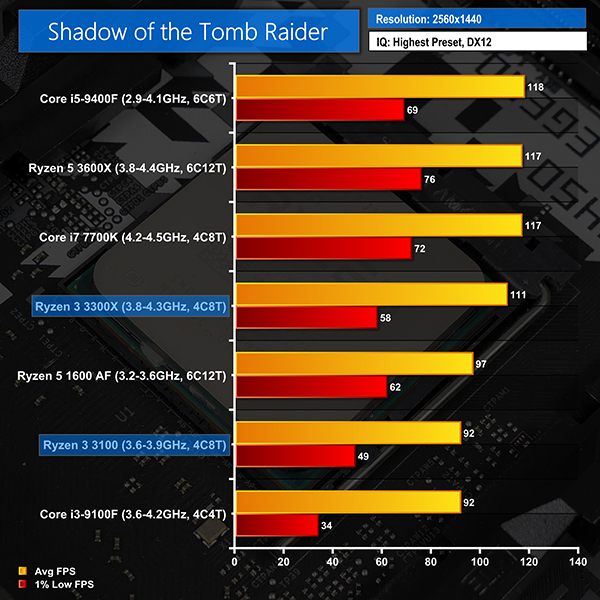 Speaking of the 1600 AF, AMD’s Zen+ value king retains its average and 1% low FPS upper hand versus the equally priced Ryzen 3 3100. Intel’s Core i3-9100F continues to be a stuttering mess at this level of demand. 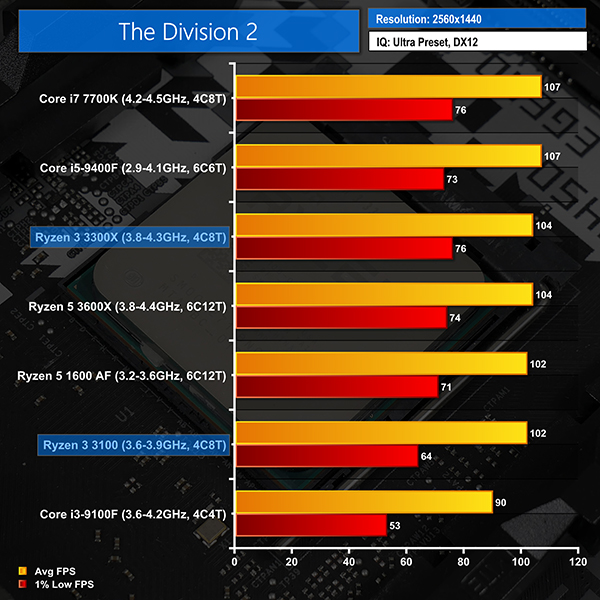 With the higher GPU load of 1440P applied, we see performance grouping just below the 110 average FPS level in The Division 2. There is little room to identify performance differences between the competing CPUs at these settings, but the Ryzen 3 3100 does struggle to keep up with the 1600 AF in terms of 1% low FPS values.