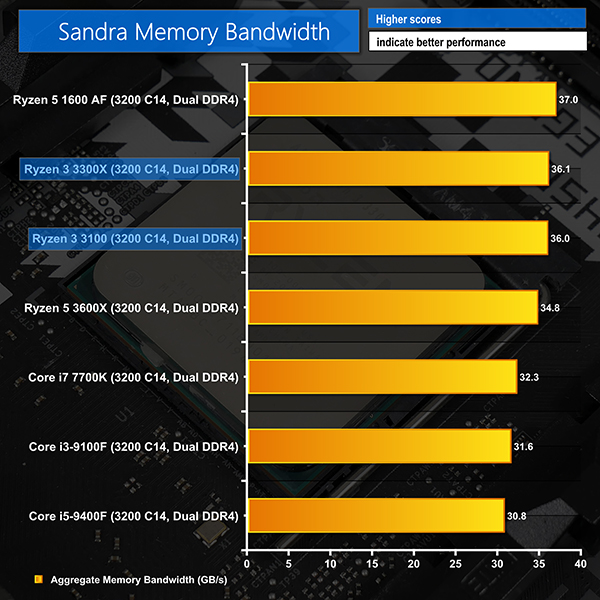 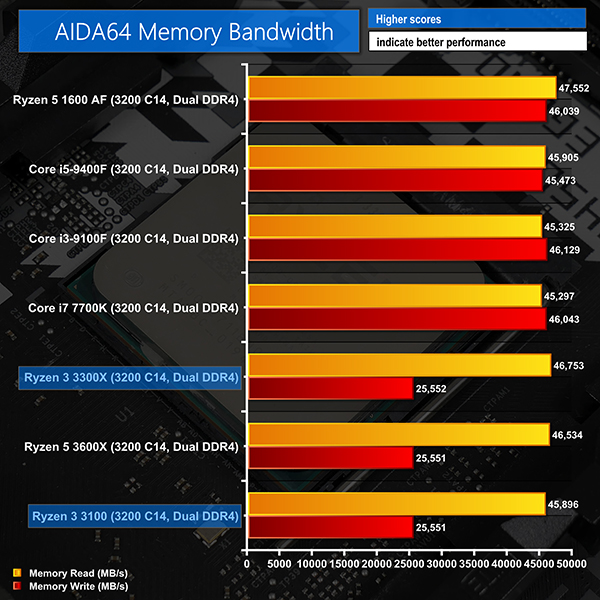 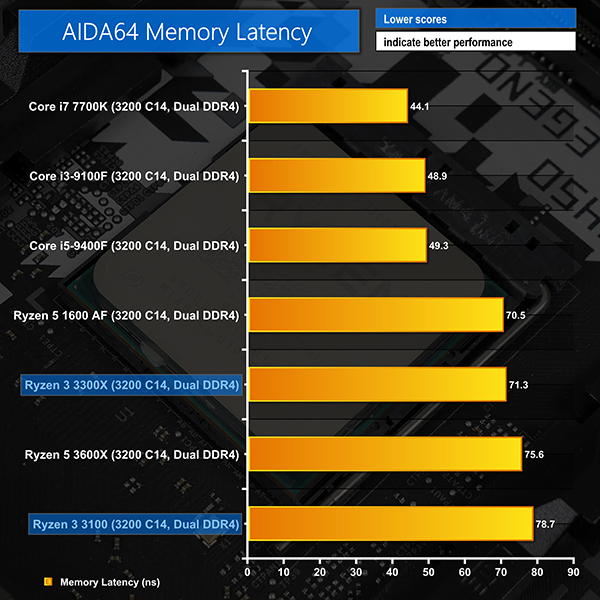 Memory bandwidth falls in line with what we see from other Zen 2-based chips. As these are single-CCD processors, you get the same half-speed write bandwidth that we see on Zen 2 Ryzen 3000 chips below the twelve-core 3900X.

Memory latency also positions roughly where we would expect it to be. The Ryzen 3 3300X looks to have a little less memory latency and this could potentially be attributed to its single-CCX design.

SiSoft Sandra’s Cache and Memory Latency test also highlights latency improvements for the Zen 2 chips versus the 1600 AF that is otherwise proving a tough contender.