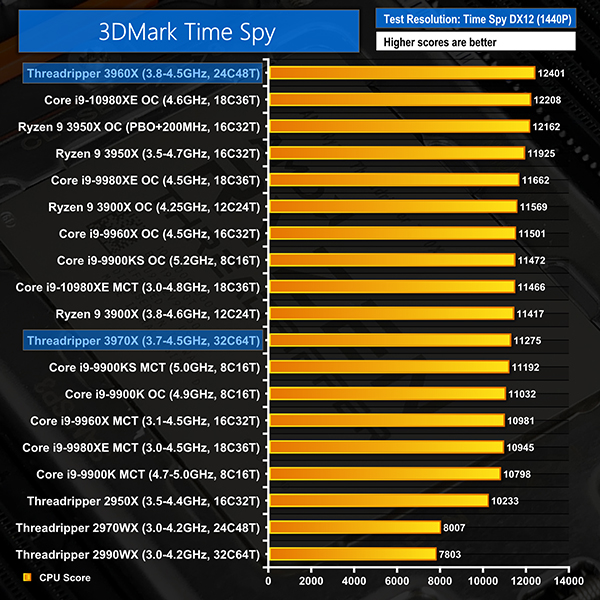 Ashes of the Singularity Escalation is a well multi-threaded DX12 title that features a CPU-focused benchmark test. We use the game's built-in benchmark with quality set to Crazy. 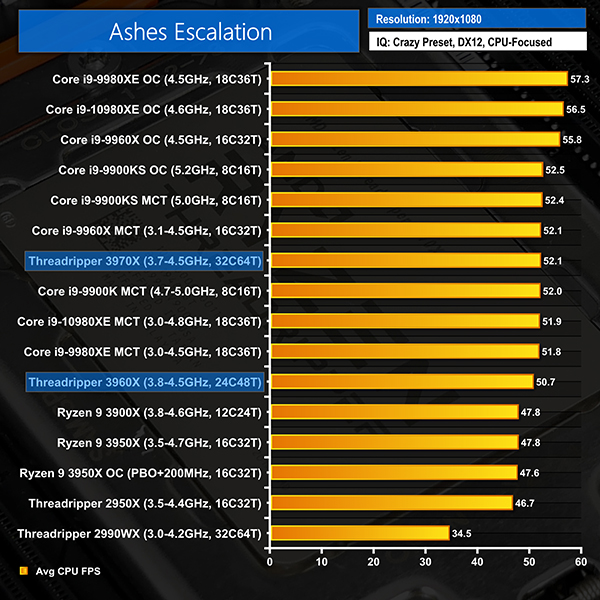 Despite its age, Deus Ex: Mankind Divided remains a demanding title even for modern hardware. We use the game's built-in benchmark with quality set to Ultra, MSAA disabled, and DX12 mode. 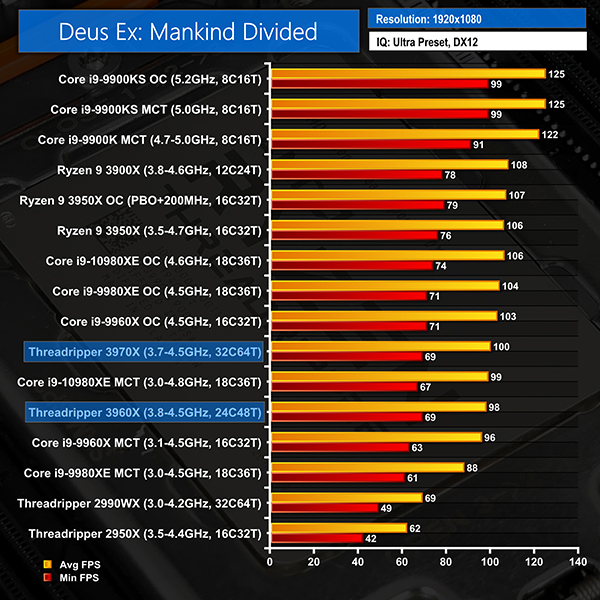 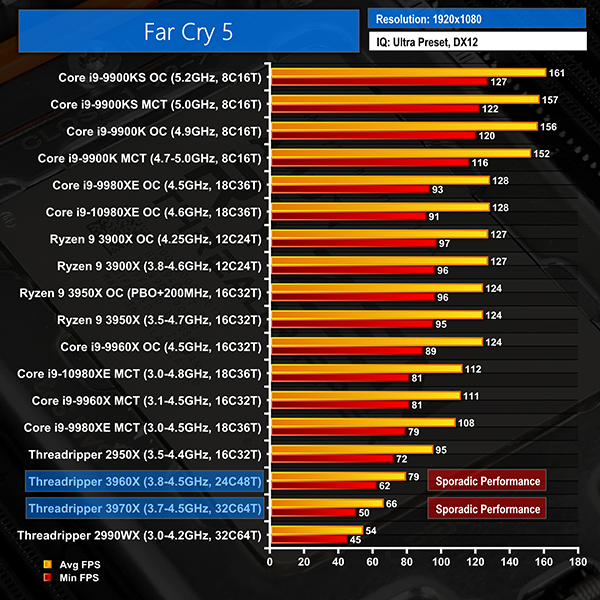 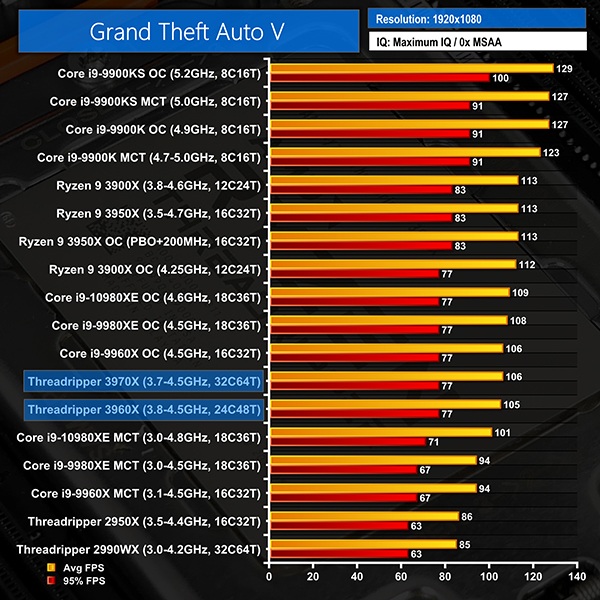 It is clear to see that the Ryzen Threadripper 3960X and 3970X are both perfectly competent gaming processors. That comes as no real surprise given that the central IO die avoids memory and PCIe accessibility headaches that plagues Threadripper 2970WX and 2990WX gaming numbers.

Overall, you’ll get performance that is typically a bit slower than the mainstream Ryzen 3000 processors and their generally higher operating frequencies. Of course, that’s when the gaming scenario is not GPU limited and the CPU performance differences are observable, such as high refresh rate 1080P gaming.

The Far Cry 5 result was lower than one would expect, with this title showing particularly sporadic performance from boot to boot. An easy way to fix this is to apply Game Mode within Ryzen Master, reboot the system as required, and drop down to 8-core, 16-thread operation. This boosted our Far Cry 5 FPS numbers on the 3970X to 113 average at 1080P.