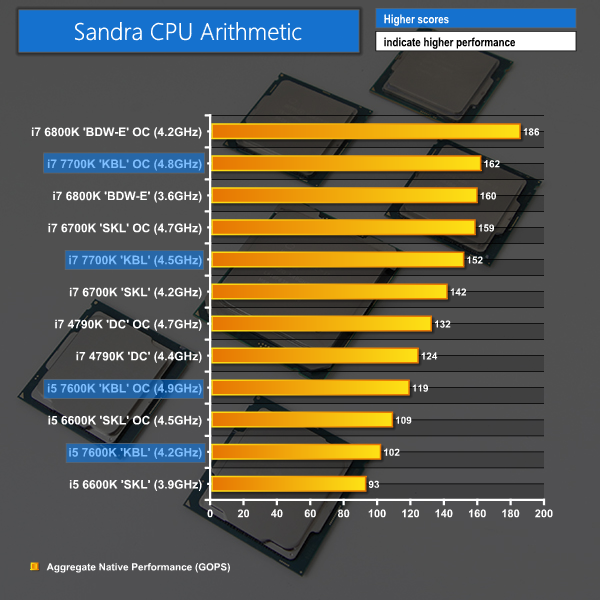 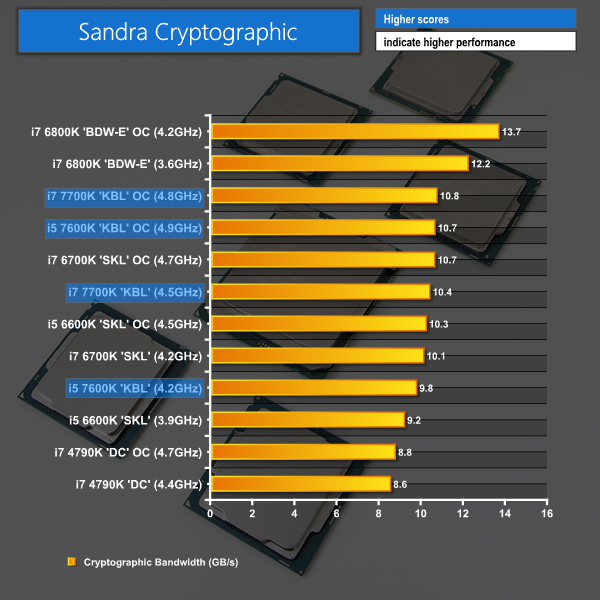 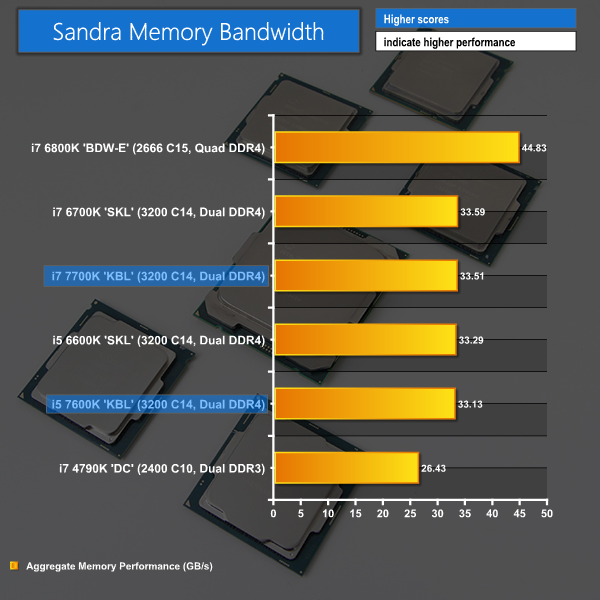 The synthetic tests conducted by SiSoft Sandra give an indication of where each processor should fall in an ideal test scenario.

Performance in the Processor Arithmetic test is interesting as the overclocked i7-7700K manages to overcome its core count disadvantage and outperform a stock-clocked 6800K. Other than that, performance is still generally how we would expect it to be – Kaby Lake is faster than Skylake by virtue of its higher clock speeds.

Memory bandwidth is essentially a proxy for showing the performance of memory modules. With that said, the HEDT BDW-E chip's ability to use quad-channel DDR4 nets it the performance lead. Higher-speed DIMMs than the 2666MHz modules that we used would easily break the 50GBps bandwidth barrier. Kaby Lake hits 33GBps of memory bandwidth when using a pair of 3200MHz G.Skill DIMMs. Devil's Canyon is left lagging behind due to the use of dual-channel 2400MHz DDR3 memory.