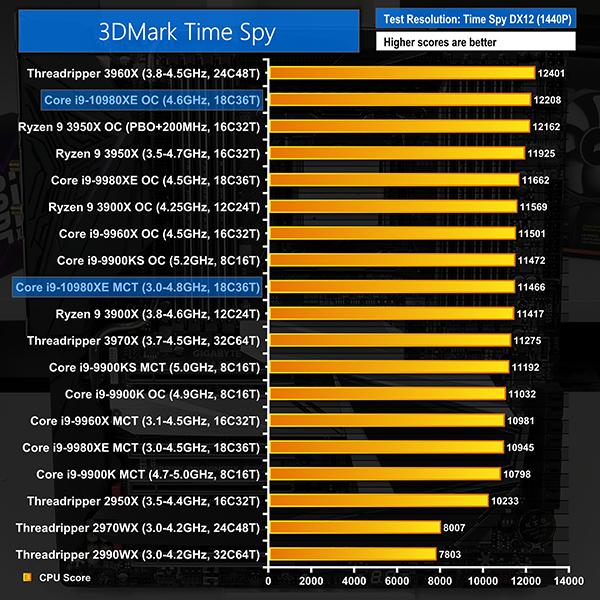 Ashes of the Singularity Escalation is a well multi-threaded DX12 title that features a CPU-focused benchmark test. We use the game’s built-in benchmark with quality set to Crazy. 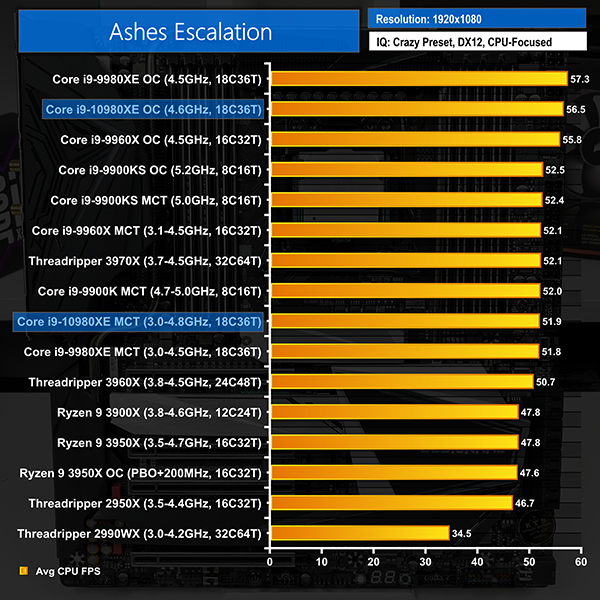 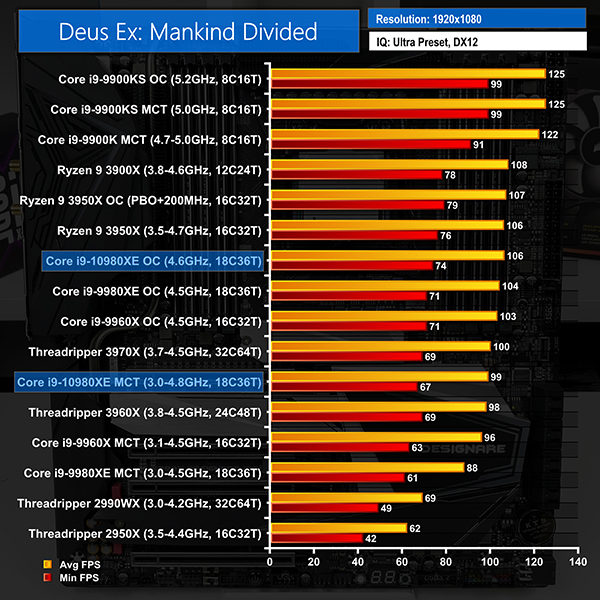 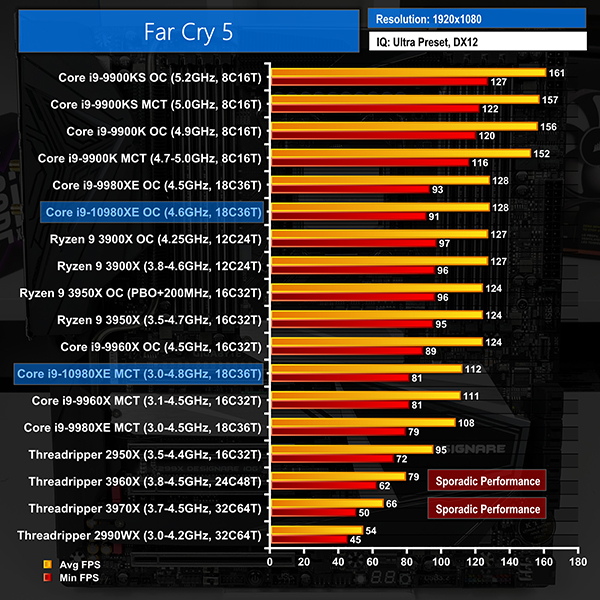 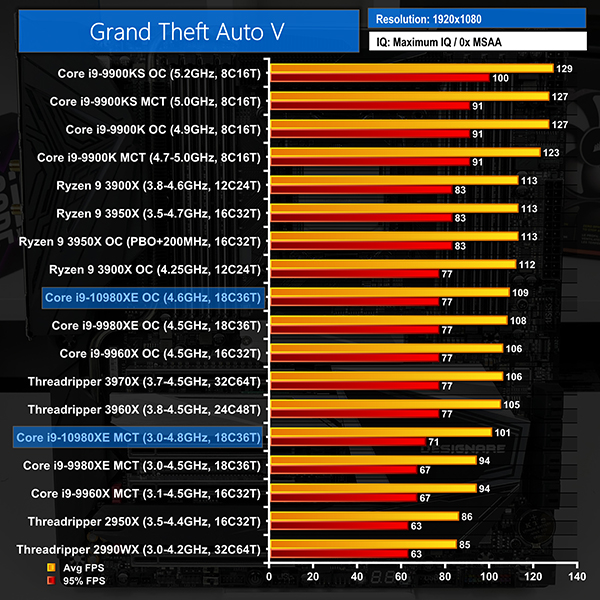 The Core i9-10980XE is an all-round strong performer in many AAA titles thanks to its increased Turbo Boost bins versus the Core i9-9980XE it replaces. You shouldn’t expect mainstream processor levels of gaming performance, especially when compared to the superb Coffee Lake Core i9-9900K, but you’ll commonly see numbers that are perfectly good for even high refresh rate gamers.

In situations where GPU performance is not the bottleneck, the 10980XE is generally slightly faster than Threadripper 3000 offerings, while the older Threadripper 2000 parts are comfortably outperformed. AMD’s lower-cost Ryzen 9 3950X is certainly a stiff contender for Intel’s new 18-core chip, though.