Early this week Advanced Micro Devices advised game developers to use Khronos Group’s Vulkan and Microsoft Corp.’s DirectX 12 application programming interfaces instead of its own Mantle API. Later on, the chip developer made further clarification: Vulkan has absorbed the key features of Mantle, but it is not proprietary. While this explains why AMD praises Vulcan, unfortunately, this does not reveal the fate of Mantle.

ATI Technologies and then Advanced Micro Devices have always relied on open-standard technologies as major enablers for their hardware. Unlike Intel Corp. and Nvidia Corp., neither ATI nor AMD have invested in proprietary tools, middleware or closed platforms in a bid to improve performance or sales of their products. As a result, when AMD introduced Mantle in 2013, it came as a major surprise. Nonetheless, it was a logical thing to do. Modern graphics processing units are incredibly complex and contain a lot of hidden horsepower that cannot be accessed using traditional APIs. Moreover, modern computer graphics sub-systems at large (which include GPUs, drivers, software, APIs, operating system and so on ) are not really efficient. As a result, AMD needed an API which could exploit its GCN [graphics core next] architecture and would boost performance of Radeon hardware compared to Nvidia GeForce graphics cards in select games. 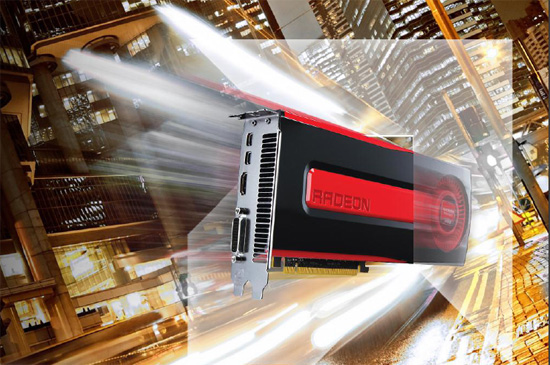 The key targets for AMD when it comes to Mantle were higher framerates, reduced rendering latency, reduced GPU power consumption, better use of multi-core CPUs, and re-pioneering new features like split-frame rendering. Many of those targets have been achieved. A number of games that use Mantle give advantages to AMD Radeon graphics adapters.

However, a proprietary API costs money to develop and maintain. If there is an open-standard cross-platform API that can provide AMD the same advantages as Mantle, then the latter is simply not something that money-starving AMD should invest in. Apparently, AMD worked closely with Khronos and many parts of Mantle became parts of Vulkan.

“The cross-vendor Khronos Group has chosen the best and brightest parts of Mantle to serve as the foundation for Vulkan,” said Robert Hallock, the head of global technical marketing at AMD.

The Vulkan is a new low-overhead/high-throughput API that provides access to graphics and compute on modern graphics processing units used in various devices. Just like AMD Mantle, the open-source Vulkan API will enable explicit GPU control, will minimize driver overhead and will enable efficient CPU multi-threading. Since Vulkan will eventually be found on virtually all types of hardware, it makes a great sense for AMD to focus on this API.

“Vulkan paves the way for a renaissance in cross-platform and cross-vendor PC games with exceptional performance, image quality and features,” stressed Mr. Hallock. 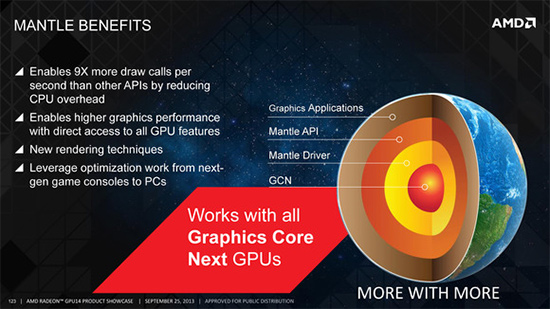 Officially, AMD does not want to proclaim Mantle dead. However, it looks like from now on Mantle will become an API for select game developers that collaborate with AMD and want to use exclusive capabilities of Radeon hardware before they are supported by Vulkan, OpenGL or DirectX. In short, future versions of Mantle will become even more proprietary than the current iteration because they will not be available for all.

KitGuru Says: Proprietary graphics APIs is not something that can survive in the long term unless the platform they serve prospers and its owner can afford rapid development of its application programming interface. 3dfx Glide and S3 Graphics Metal provided loads of advantages for appropriate graphics chips, but ATI and Nvidia, who relied on DirectX and OpenGL, managed drive both companies and their APIs out of business relatively quickly. Generally speaking, investing in Mantle is clearly not the best thing that AMD can do these days.