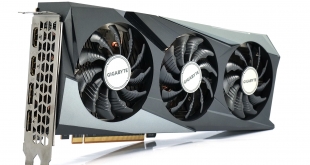 Today marks AMD's first GPU launch for five months, with the company unleashing its new RX 6600 XT. Designed to offer the ultimate 1080p gaming experience, AMD claims the RX 6600 XT has the beating of Nvidia's RTX 3060, and accordingly has set pricing higher at $379 MSRP. We put this card through its paces and compare it to a wide range of both current and former-generation GPUs.

That allows the company to comfortably pair the GPU with 8GB of memory – avoiding the situation as seen with the RTX 3060, where Nvidia's mid-range GPU has more VRAM than even the RTX 3080. It is, however, a relatively narrow bus for a GPU of this price class, and while AMD has its Infinity Cache to fall back on, there's only 32MB of it here, compared to 96MB on the RX 6700 XT.

That may be why AMD chose to focus the 6600 XT solely on 1080p gaming, a resolution where the GPU is less likely to be constrained by memory bandwidth than at 1440p. We will, however, be testing this GPU across 1080p, 1440p and even 4K resolutions throughout this review.

It is also worth making clear that the RX 6600 XT is an ‘AIB-only' launch, meaning there's no AMD reference card. For this review, AMD sampled us directly with a Gigabyte RX 6600 XT Gaming OC Pro 8G, Gigabyte's flagship 6600 XT offering. 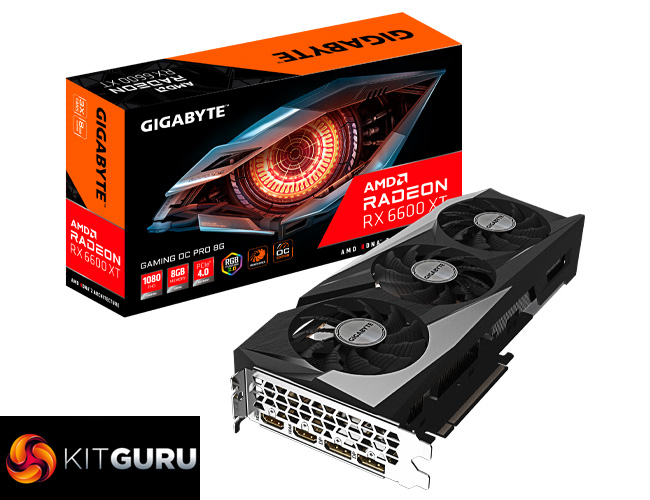 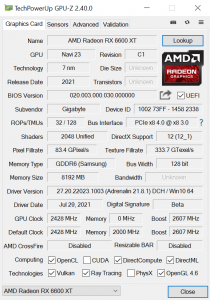 As for the memory configuration, AMD has opted to use a 128-bit memory interface paired with 8GB of GDDR6 memory. Using 16Gbps modules, total memory bandwidth hits 256 GB/s, lower than even the last-generation RX 5600 XT . RDNA 2 GPUs, however, have the benefit of AMD’s Infinity Cache, but even that is reduced, with just a 32MB cache used here.

Lastly, total board power (TBP) is rated at 160W, a reduction of 70W, or almost 30%, compared to the RX 6700 XT. We are using our new GPU power testing methodology in this review, so read on for our most detailed power and efficiency testing yet.