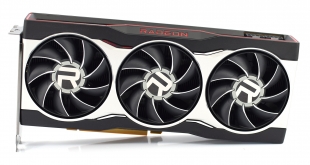 Today marks the launch of not just one, but two new GPUs from AMD. Both the RX 6800 and RX 6800 XT were officially announced on October 28, and here we put the RX 6800 under the microscope. With UK pricing set at £529.99, this GPU sits above the RTX 3070 and AMD is not shy about claiming that it is faster than the RTX 2080 Ti. We put this RDNA 2-based GPU through its paces and find out just how fast it really is.

While its RX 6800 XT is firmly positioned to take the RTX 3080 head-on, things are a little different for the AMD RX 6800. In the UK it is priced about £60 above the RTX 3070, so it's not massively more expensive but we would certainly expect better performance as a result. Considering the RTX 3070 is currently the cost per frame king, AMD also has its work cut-out to offer enticing value up against the Ampere GPU.

In this review, we test the RX 6800 over 14 games, with an eye on thermals, acoustics and power, to find out just how good it really is. 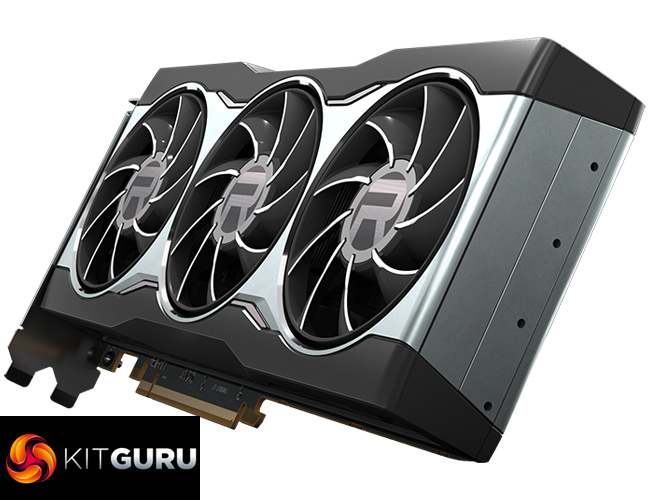 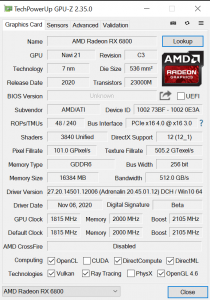 While we talk more about the RDNA 2 architecture itself on the next page, here we can take a high-level overview of the Navi 21 GPU that forms the basis of the RX 6800.

AMD has also increased the memory capacity, with 16GB of GDDR6 memory found on every RX 6000 SKU (so far). The memory is clocked at 16Gbps, and operates over a 256-bit memory interface for total bandwidth of 512 GB/s. However, as we will see on the next page, AMD has also implemented a 128MB Infinity Cache on the Navi 21 GPU, to significantly increase effective memory bandwidth without excess power draw.