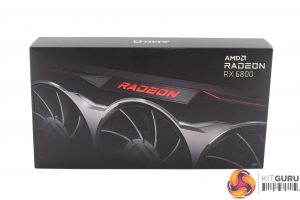 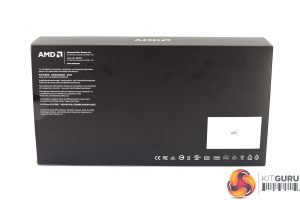 The AMD RX 6800 ships in a compact black box, with a large image of the graphics card and Radeon logo visible on the front.The back of the box is almost entirely bare, apart from a few paragraphs of text in the top left corner. 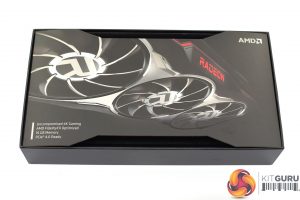 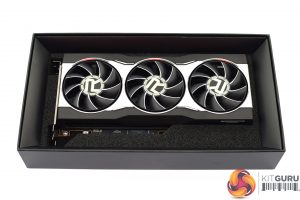 Removing the outer sleeve of the box, we are greeted with a ‘lid’ which lifts off to reveal the graphics card itself, which comes well protected in a foam surround. 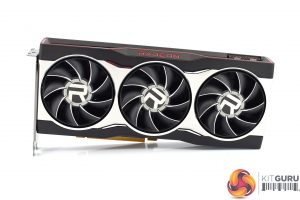 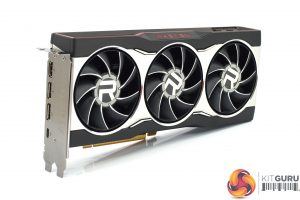 If you have come straight from our RX 6800 XT review, you will note the overall design of this new reference cooler is almost identical. That’s not a bad thing though – in my opinion, it is undoubtedly AMD’s most attractive reference design yet. It uses a die-cast aluminium shroud, with some prominent silver sections adding contrast against the black metal.

Of course, it is highly significant that AMD has finally ditched the blower-style design that it used for years – this is now a tri-axial configuration, with three 80mm fans. The air from the fans is pushed out of the side of the card. 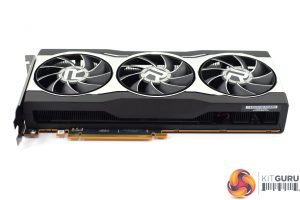 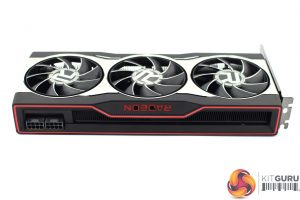 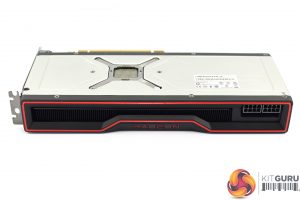 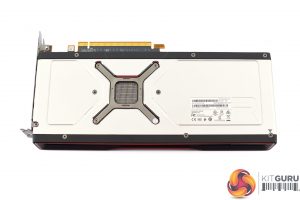 The front side of the card is home to the Radeon logo, which lights up with red LEDs once powered on. This is the only other difference between the 6800 and 6800 XT that I could spot – both light up with red LEDs, but the logo’s lettering itself is silver for the 6800 XT and red for the 6800.

As for the backplate, this is almost entirely silver, and it stretches the length of the card. There’s a cut-out behind the GPU core, but other than that it is entirely solid. 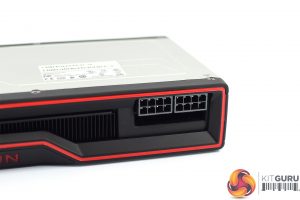 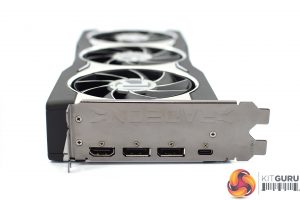 Power requirements consist of two 8-pin power connectors. AMD makes a point of referring to these as ‘industry standard’ connectors, in a thinly-veiled jibe at Nvidia’s new 12-pin connector.