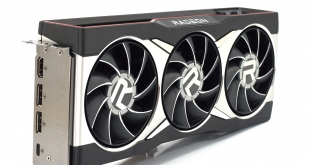 After plenty of rumours and leaks, AMD's RX 6000-series graphics cards were officially announced on October 28, and today we are able to present our full reviews of both the RX 6800 and RX 6800 XT GPUs. This review is firmly focused on the RX 6800 XT, and with its UK MSRP of £599.99, AMD is hoping to strike a significant blow to Nvidia's RTX 3080 that launched in September. We put this RDNA 2-based GPU through its paces and find out just how fast it really is.

After years of the Graphics Core Next (GCN) architecture, AMD unveiled the RDNA architecture in July last year, with the RX 5700 and RX 5700 XT the first GPUs to launch utilising this new technology, and the 7nm process. As two competitive but decidedly mid-range products, AMD waited for RDNA 2 to do battle in the high end market, with its RX 6800 XT positioned firmly against Nvidia's RTX 3080.

With a US MSRP of $649, AMD has confirmed a UK price-point of £599.99, undercutting the RTX 3080's £649 price-tag. How realistic that pricing is remains to be seen, and AMD will hope it can offer significantly better supply than Nvidia could muster for its RTX 30-series products. Before committing to buy a new AMD GPU however, you need to know if it is any good – so let's dive into the review. 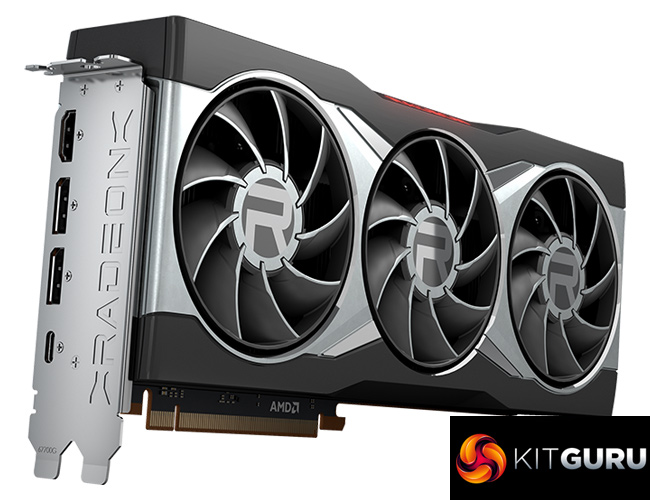 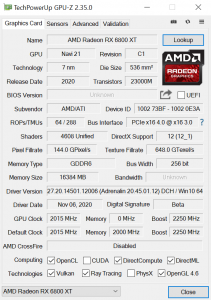 While we talk more about the RDNA 2 architecture itself on the next page, here we can take a high-level overview of the Navi 21 GPU that forms the basis of the RX 6800 XT.

AMD has also increased the memory capacity, with 16GB of GDDR6 memory found on every RX 6000 SKU (so far). The memory is clocked at 16Gbps, and operates over a 256-bit memory interface for total bandwidth of 512 GB/s. However, as we will see on the next page, AMD has also implemented a 128MB Infinity Cache on the Navi 21 GPU, to significantly increase effective memory bandwidth without excess power draw.