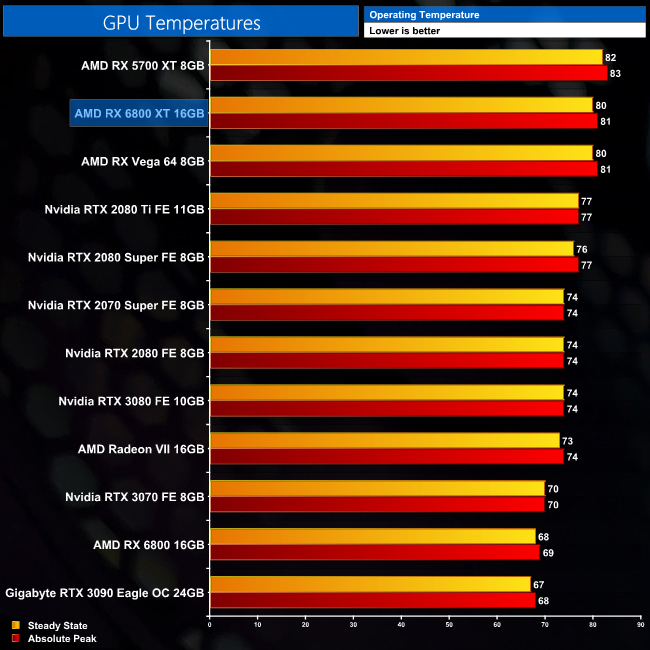 Thermal performance may seem a bit underwhelming when taken in isolation; the RX 6800 XT, despite its triple-fan cooler and 2.5-slot heatsink, ran at 80C during our testing, with a peak edge temperature of 81C. This is identical performance to the Vega 64 and its blower-style cooler, so it certainly looks a bit disappointing. However, the reason for this is that the card operates an incredibly relaxed fan curve to reduce noise levels. As we test later in this review, temperatures can be dropped significantly by running a more aggressive fan speed.