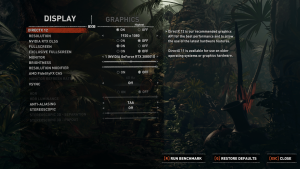 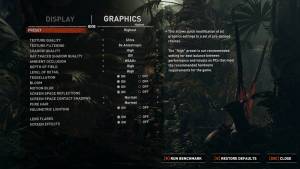 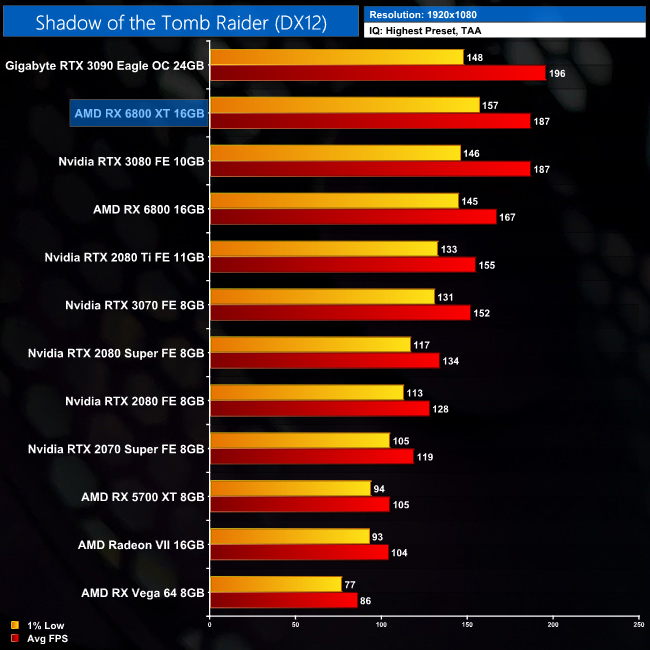 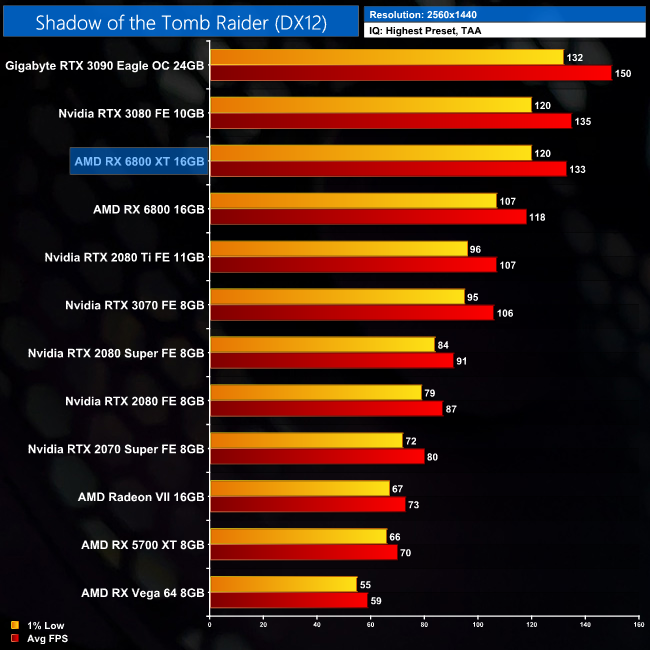 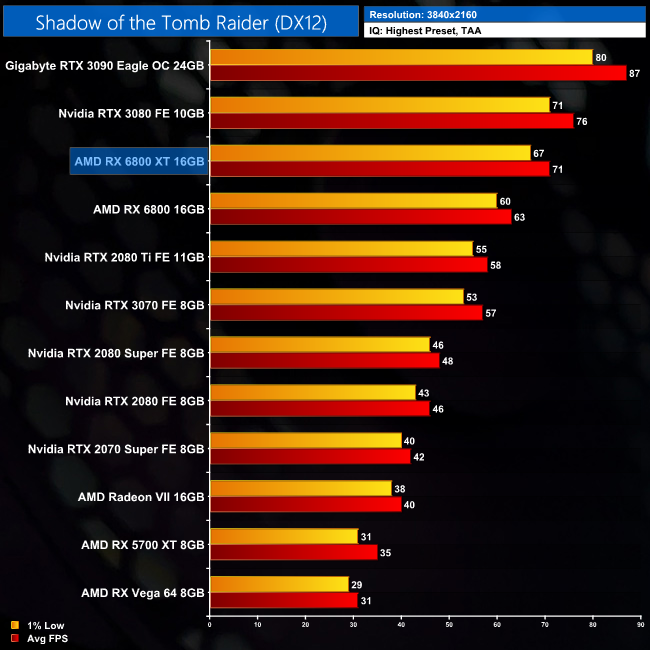 Despite being an RTX posterchild, the RX 6800 XT is very competitive in Shadow of the Tomb Raider. At 1440p, there's basically no difference between this GPU and the RTX 3080, with both delivering over 130FPS.