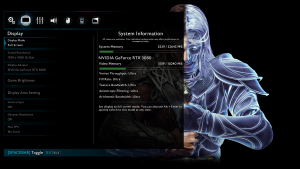 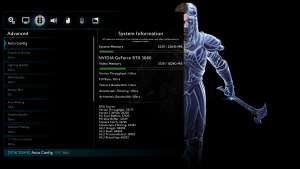 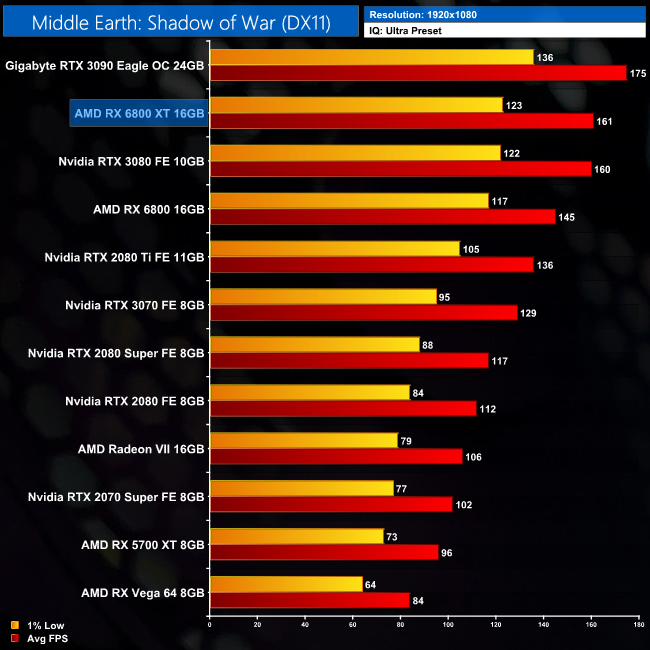 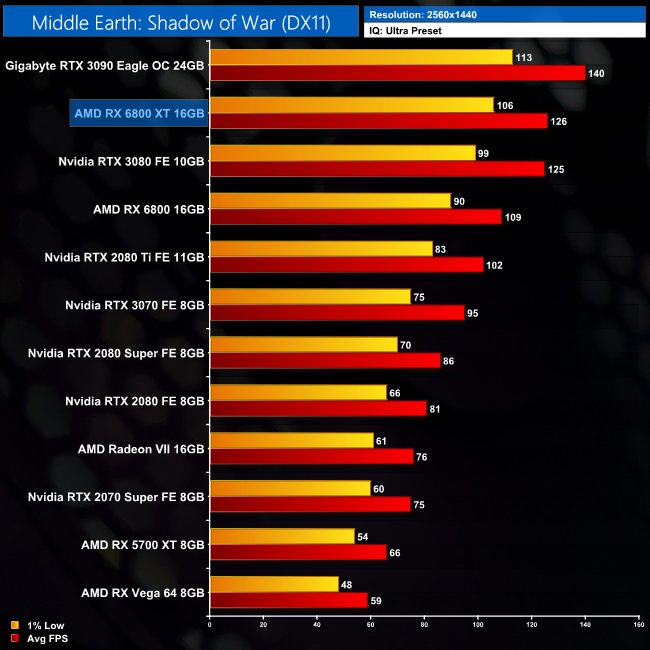 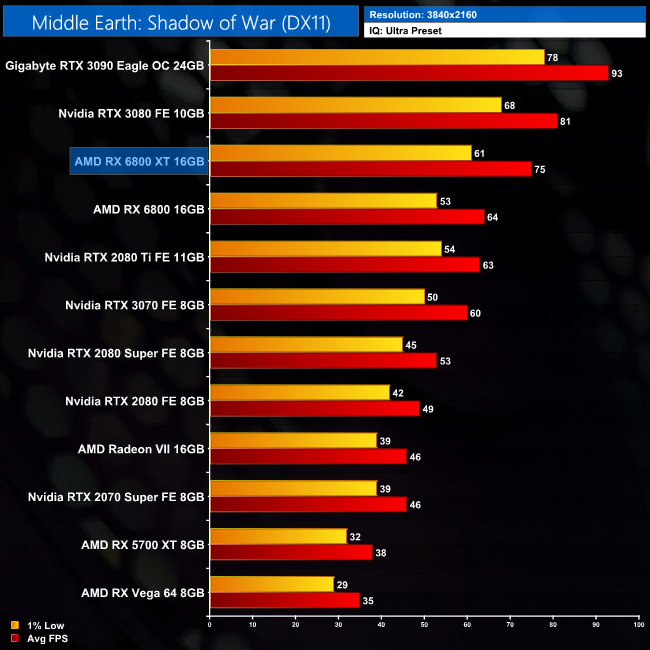 Despite being a slightly older DX11 title, the RX 6800 XT does well in Middle Earth: Shadow of War. At 1440p, it averages 126FPS, which is almost identical performance to the RTX 3080, there really is nothing to split the two GPUs here.