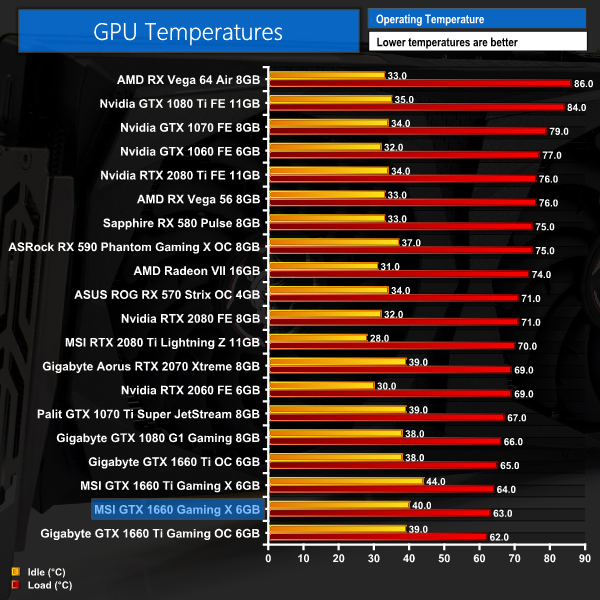 Given this 1660 Gaming X uses the same cooler as MSI’s 1660 Ti Gaming X, thermal performance is fantastic – as expected. The GPU core peaked at just 63C under load, or 1C cooler than the GTX 1660 Ti Gaming X. We will have to wait and see how this compares to other GTX 1660 cards, but it is likely to be one of the best performing 1660s we see. 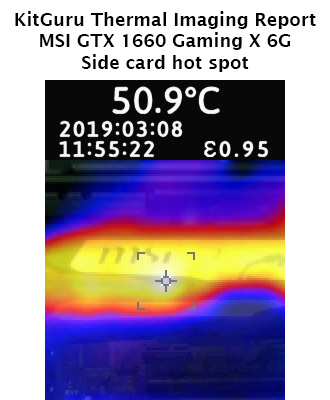 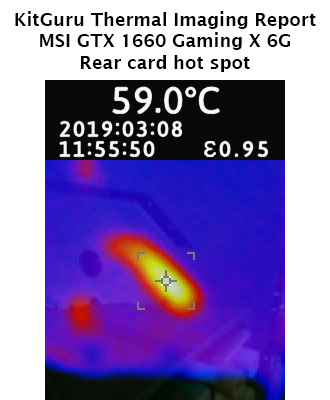 This is reinforced by the images from our thermal camera – the side of the card barely reached 50C, with the hotspot on the back of the card peaking at 59C. This cooler is clearly more than good enough for a GTX 1660.