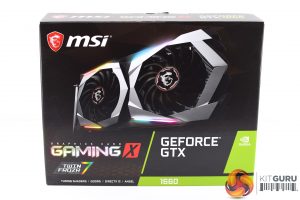 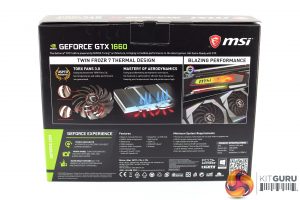 Packaging of this MSI GTX 1660 Gaming X is identical to the GTX 1660 Ti Gaming X we reviewed recently – a large image of the card dominates the front, while some key features of the card and cooler are highlighted on the back. 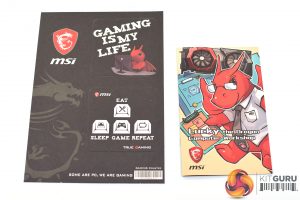 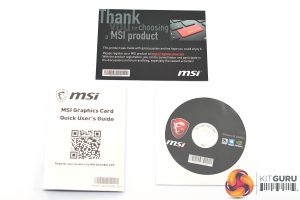 Inside, we get the usual bundle from MSI – meaning there are two coasters and a Lucky the Dragon cartoon, alongside a quick start guide, driver disk and ‘thank you’ note. 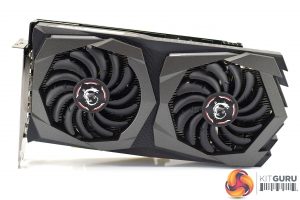 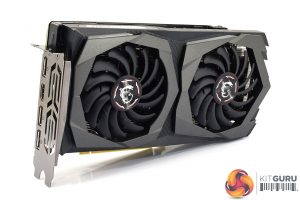 As for the card itself, it probably looks familiar. That’s because we’ve seen it before – as far as I can tell, from both the external and internal design, this is exactly the same card as the 1660 Ti Gaming X model.

That’s not bad thing, though, as the design is both colour-neutral and quite attractive in my opinion, with a mix of matte black and gunmetal grey plastic used for the card’s shroud.

The two fans are the same 90mm (85mm blade-to-blade) Torx 3.0 models, too, which sport MSI’s ‘dispersion fan blade’ design which aims to increase airflow pressure down onto the heatsink. There is also support for Zero Frozr, MSI’s fan-stop mode. 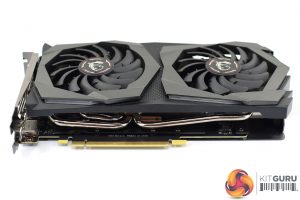 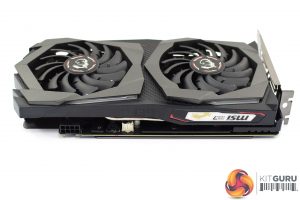 As for dimensions, they are exactly the same as the GTX 1660 Ti Gaming X, meaning the card measures 247 x 127 x 46 mm. It’s not going to be as small as the single-fan GTX 1660 models on the market, but it is still a relatively compact card. 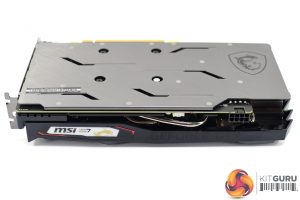 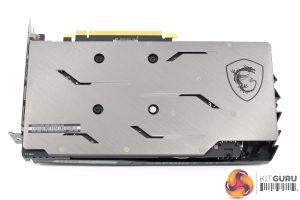 This GTX 1660 retains the lovely brushed metal backplate we have seen from other MSI Gaming cards of this generation, and I have to say it looks really stylish without being ‘in-your-face’ or obnoxious, with just a small-ish MSI logo positioned to the right hand side. 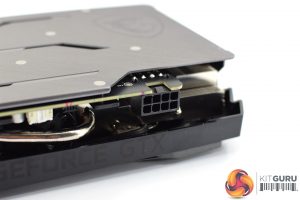 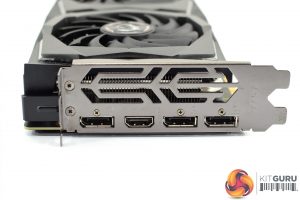 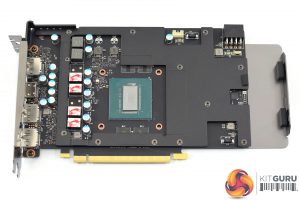 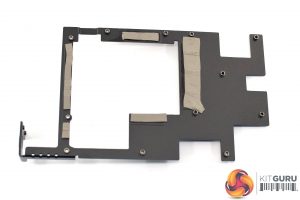 Taking the card apart only requires the removal of four screws from the back of the card. MSI is using another die-cast metal frame to cover most of the PCB, though, and this acts as a heatsink for the VRAM chips as well as the MOSFETs. 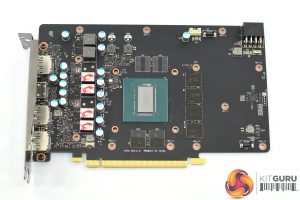 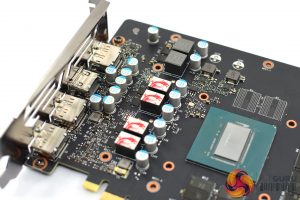 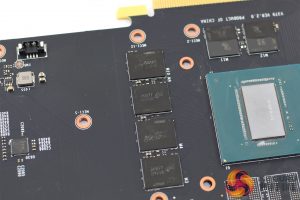 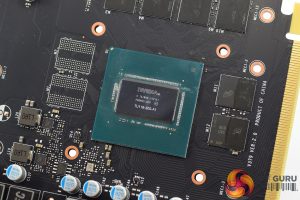 When we remove this frame and get a look at the PCB itself, and to my eye it remains effectively unchanged from the PCB of the GTX 1660 Ti Gaming X, which makes sense since it is the same GPU. That means MSI retains 4+2 phases for the power delivery, and we still get 6GB of VRAM from Micron. Remember, though, the memory is GDDR5, not GDDR6, and the chips are labelled ‘8KB77D9VVR’. 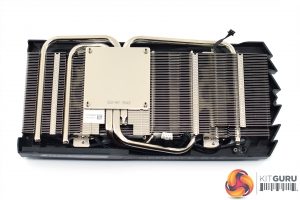 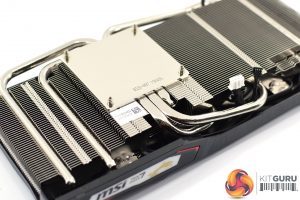 Lastly, as expected, the heatsink is again identical to that of MSI’s GTX 1660 Ti Gaming X. That means it uses a single aluminium fin stack, with a total of 3 nickel-plated copper heatpipes, each of which measures 6mm. The GPU die contacts with a sizeable coldplate, too.