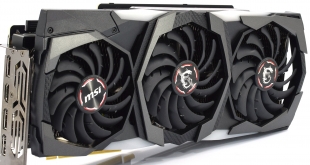 It’s been a frenetic few days in the PC hardware industry. Nvidia took us all by surprise with the timing of its SUPER graphics card launch on July 2, while AMD followed that up with both Navi and Ryzen 3000 launching on July 7. Today things continue with the launch of custom RTX SUPER cards from Nvidia’s partners. The card we are looking at is the RTX 2070 SUPER Gaming X Trio from MSI – could this be the 2070 SUPER to beat?

MSI’s Gaming X series is well known for producing high-quality cards that are often factory overclocked to the limits. While this is a very beefy card, with a triple-fan cooler and 7 heatpipes, it is slightly disappointing to see the GPU has only been factory overclocked by 30MHz – from the reference speed of 1770MHz, up to 1800MHz. How much of a difference that will make in games, we’ll have to see.

As for pricing, ahead of launch MSI hasn’t been able to tell us an exact figure, but we were told £550 ‘plus or minus’ £20, so between £530-570. Bearing in mind the fact that the Founders Edition retails for £475, you will be paying at least £55 extra for this MSI model, potentially rising to a £95 price premium. Is it worth the extra money? 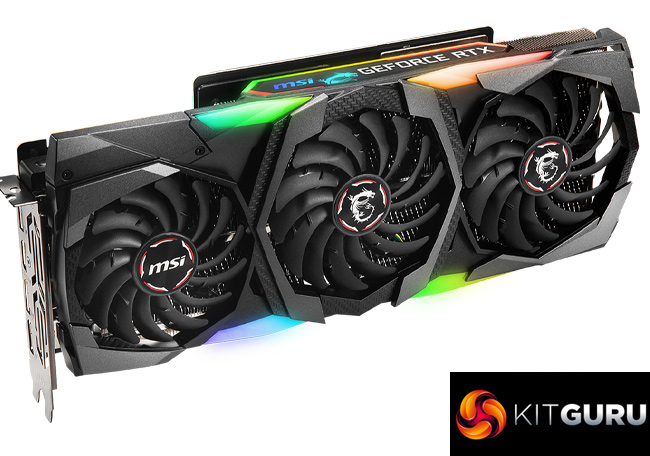 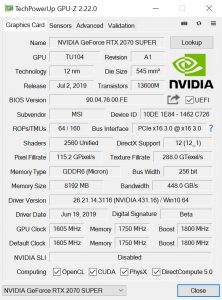 Alongside this, the card is equipped with 8GB of GDDR6 memory, running at 14Gbps over a 256-bit bus. As we will see on the next page, the memory chips themselves are from Micron.

Clock speed is rated at 1800MHz as we mentioned, though interestingly this has not affected the rated power consumption, as MSI claims it’s still 215W just like the slower-clocked Founders Edition.