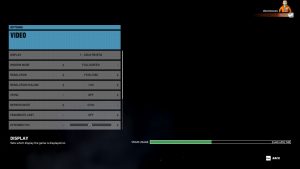 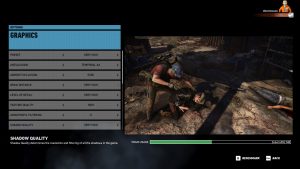 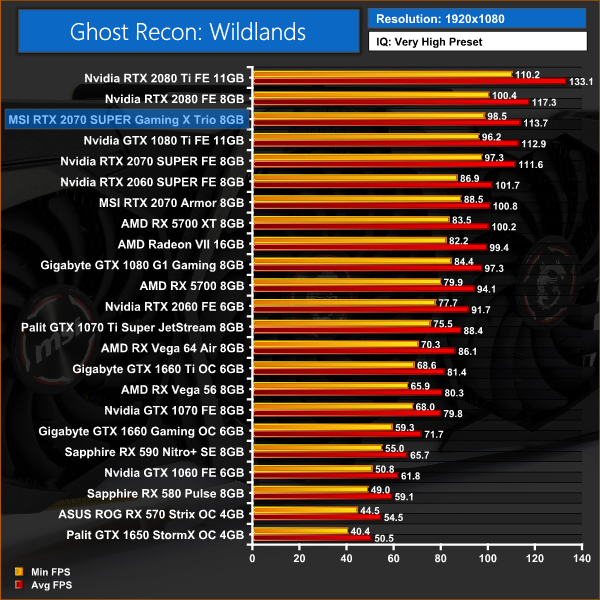 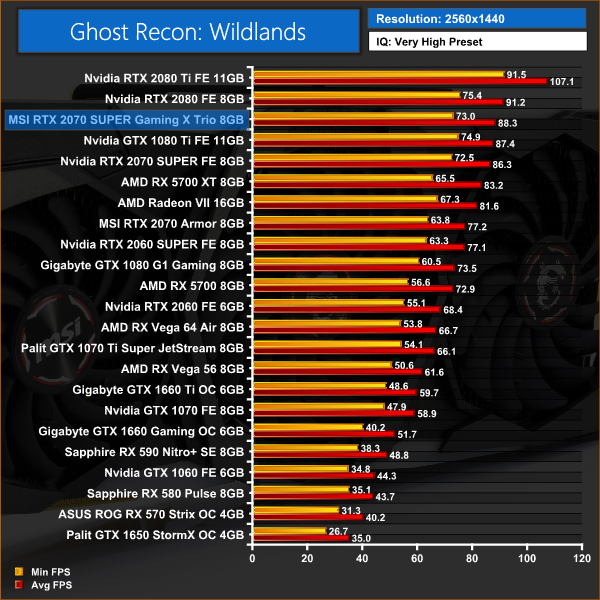 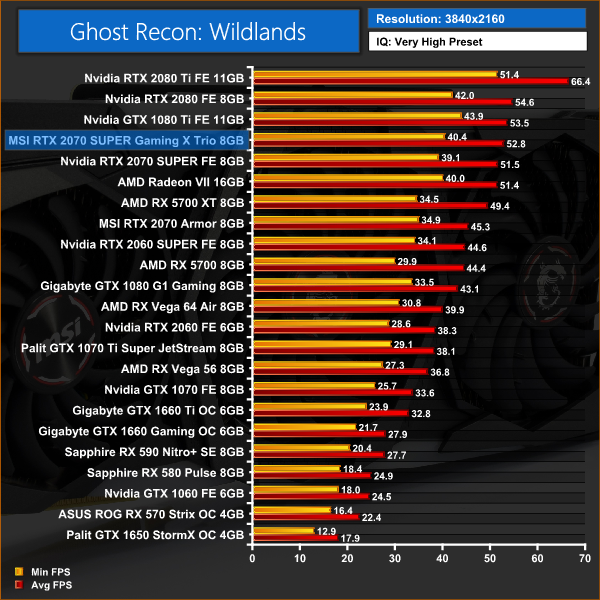 The Gaming X Trio comes within touching distance of the RTX 2080 in Ghost Recon Wildlands, though again that only puts it a couple of frames faster than the 2070 SUPER FE.