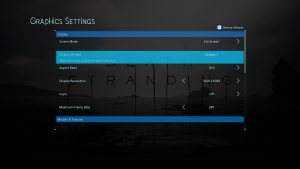 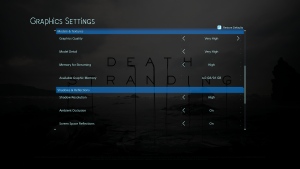 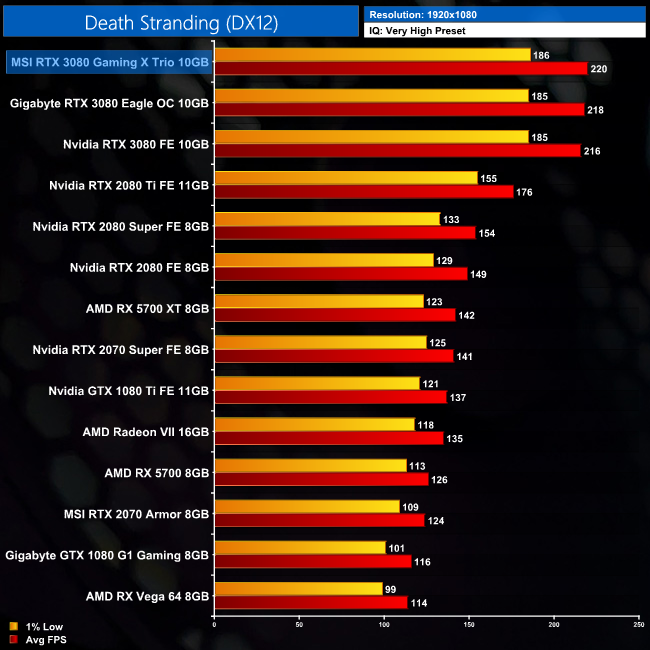 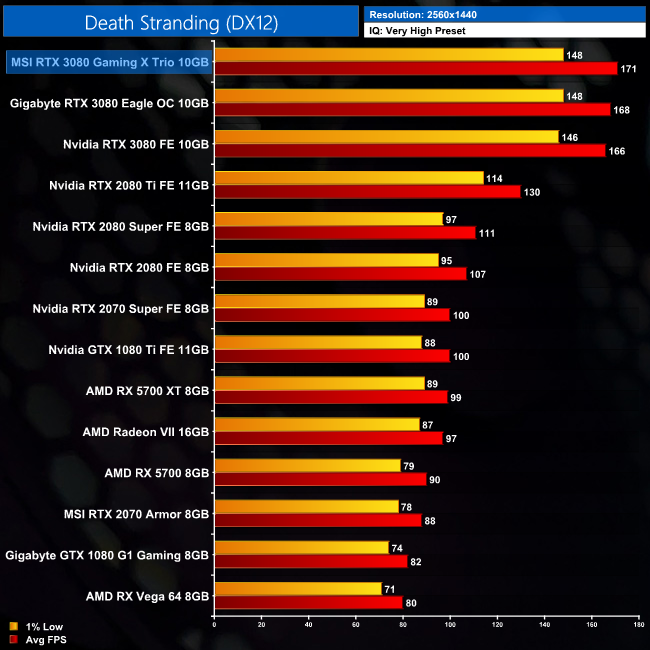 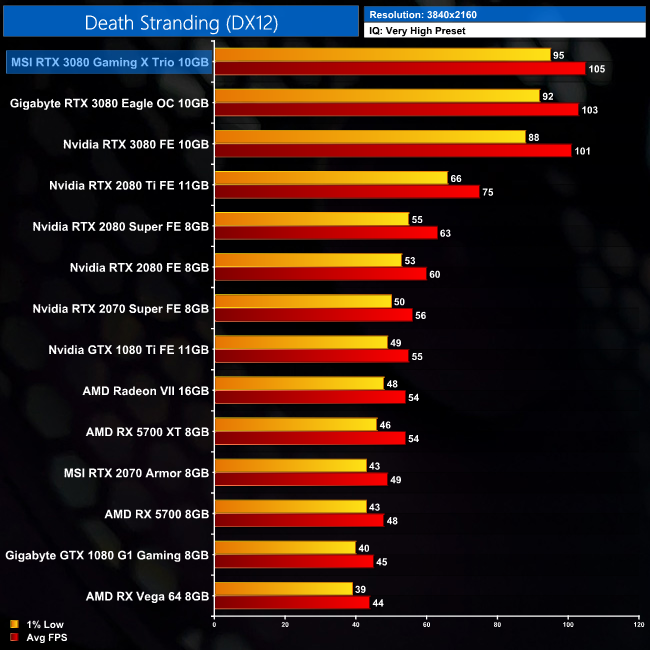 As for Death Stranding, this a title where we see more benefit to the Gaming X Trio’s increased clock speed as we step up in resolution. Demonstrating this, the card is 2% faster than the Founders Edition at 1080p, 3% faster at 1440p and then 4% faster at 4K.