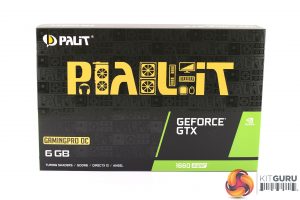 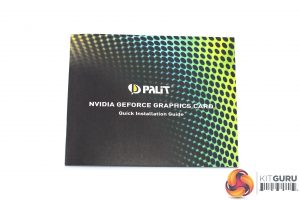 The Palit GTX 1660 SUPER GamingPro OC ships in a black box, with ‘Palit’ written in gold text across the front. There’s no image of the graphics card itself here.

Inside, we only get a single accessory in the form of a quick start guide – not even a driver disk is included. We don’t mind this too much, as people should really be downloading the latest drivers directly from the Nvidia website anyway. 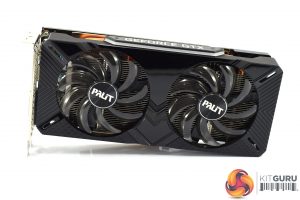 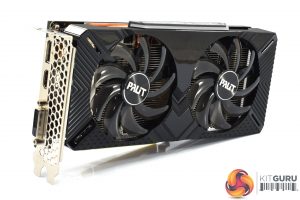 Getting a look at the card itself (and while I can’t confirm this), I am fairly certain that Palit is re-using the exact same design as its 1660 Ti Dual OC card. That means it is a relatively compact card, with 2x 90mm fans for cooling.

The shroud is made from black plastic, and while it looks fine I would’ve preferred matte plastic instead of the glossy sections used here, but that is personal preference. It is an all-black design, however, with no colourful accents at all, so you’d have no issues installing this in a colour-coordinated build. 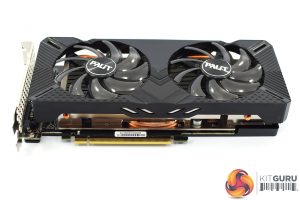 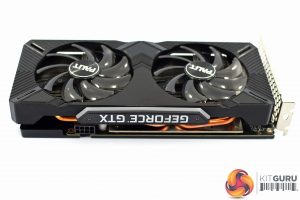 As for dimensions, I don’t have official measurements from Palit for the GamingPro OC – but the 1660 Ti Dual we mentioned above is listed at 235 x 115 x 40 mm and I have confirmed those dimensions for the GamingPro OC with a tape measure. So it’s certainly a compact card, it’s ‘only’ 2 slots thick, and it should fit in all but the tiniest of cases of the market. 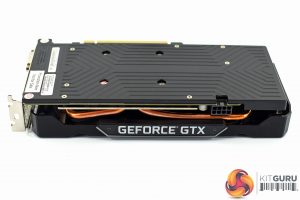 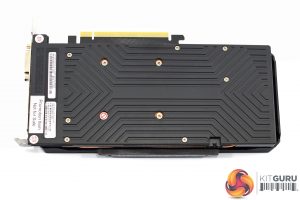 On the front side of the shroud we can see the GeForce GTX branding, as well as two exposed copper heatpipes. We can also get a look at the full-length backplate that Palit has fitted to the card – it’s made of plastic as is typical for cards at this price point, but that will still provide some protection from a leaky all-in-one cooler, and I also think it’s simply more attractive than looking onto the back of a PCB. 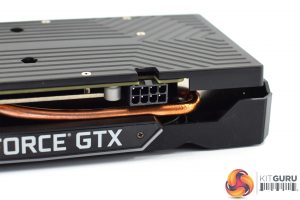 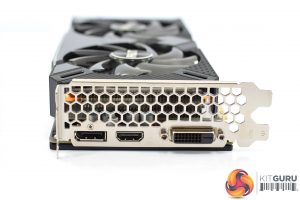 Power requirements for 1660 SUPER are 1×8 pin connectors as standard, as is the case here, while Palit’s display outputs consist of 1x DisplayPort, 1x HDMI and 1x DVI. 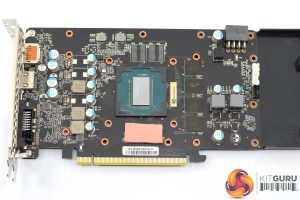 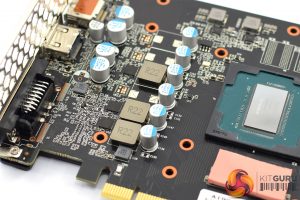 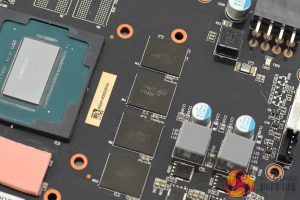 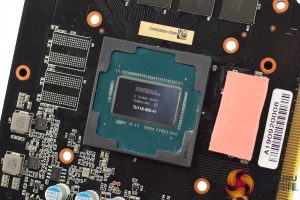 Looking at the card’s PCB, we can see Palit has opted for a 3+2 VRM design, while the new GBDDR6 memory is supplied by Micron – model code ‘9PA77D9WCW’. As there have no changes to the GPU itself, this carries the same ‘TU116-300-A’ labelling as the vanilla GTX 1660. 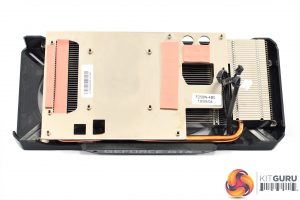 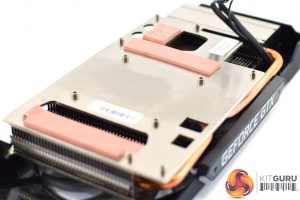 As for the heatsink/cooler, Palit’s design is slightly unusual here as there is a single contact plate for the VRAM, the GPU die and the VRM. This transfers heat to a single fin stack underneath, with two 6mm copper heatpipes. It’s not the biggest heatsink I’ve ever seen, so it will be interesting to see how the card performs in terms of its GPU temperatures later in the review.