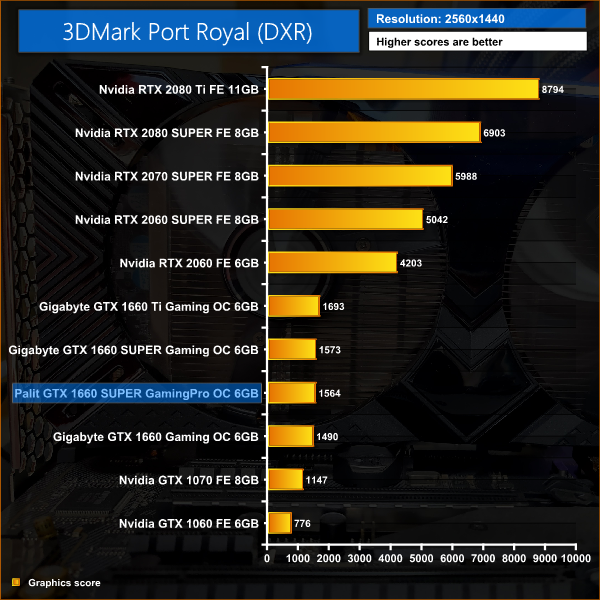 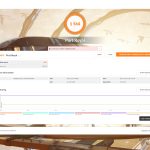 While there’s no specific ray tracing hardware that forms part of the 1660 SUPER GPU, the card does support Microsoft’s DXR API – so it can run 3DMark Port Royal. Palit’s GamingPro OC is some way behind the entry-level RTX GPU, the RTX 2060, but it outperforms 1660 by 5% here.