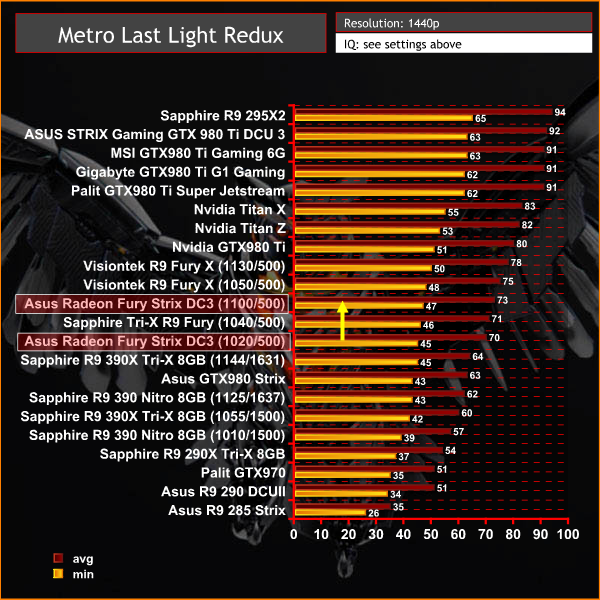 Good performance from the Asus Fury card at 1440p, falling in behind the reference clocked GTX980ti and Fury X.