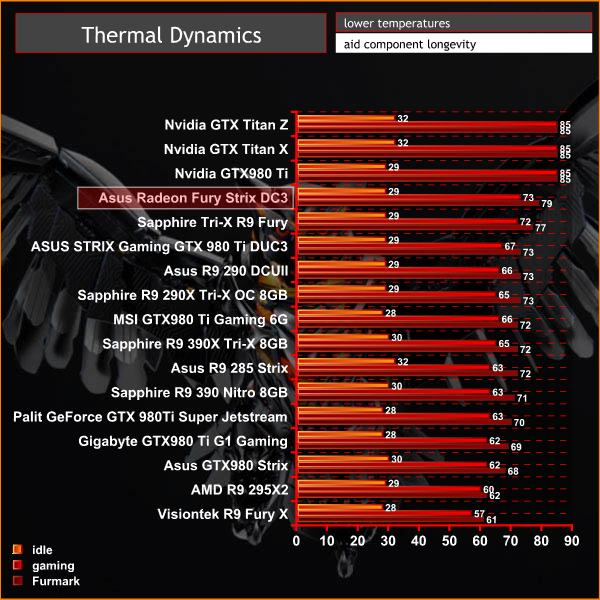 The Direct CU III cooler performs well, holding gaming load at around 73c, just a single degree behind the Tri-X cooler fitted to the Sapphire model. 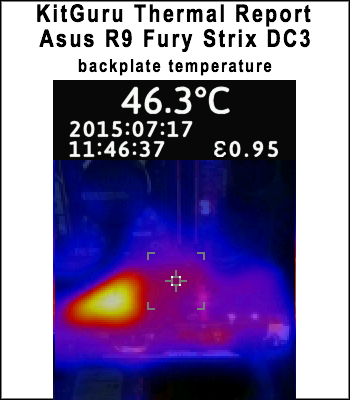 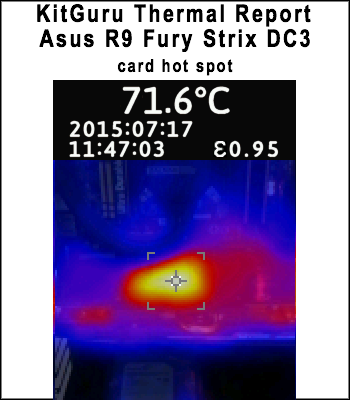 The hottest part of the card is the exposed ‘GPU Fortifier’ area – which peaks around 72c under full load.