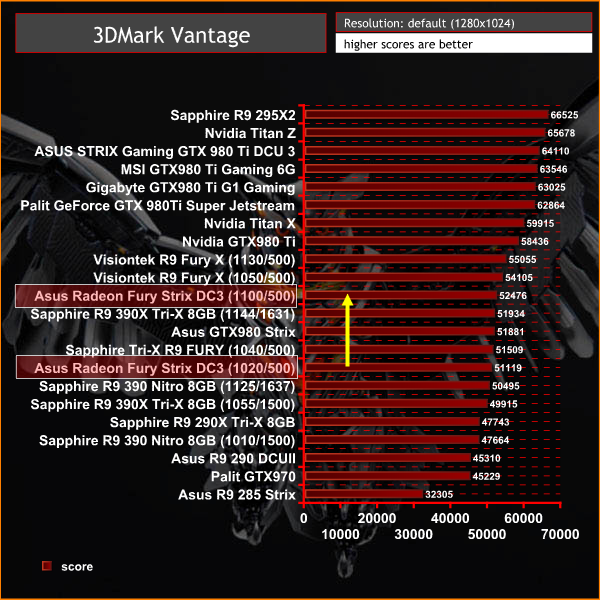 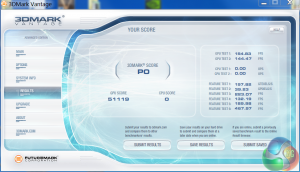 The default scores are quite good, indicating strong performance with older Direct X 10 titles. When manually overclocked to 1,100mhz the scores increase – slotting in just behind the reference clocked Fury X.