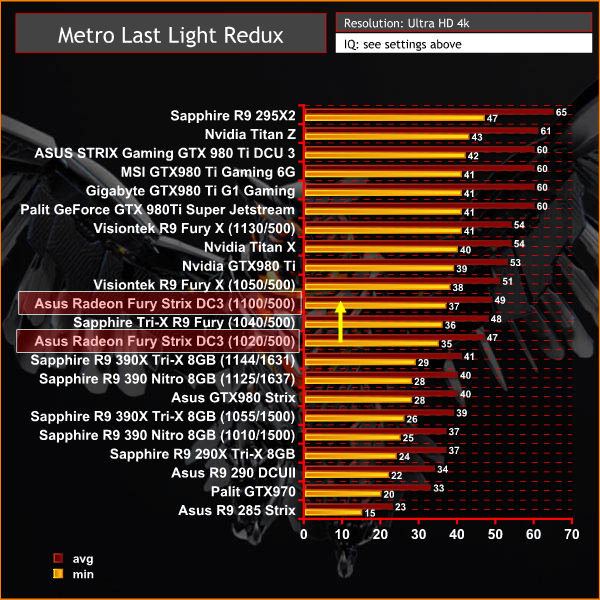 4K performance from the Fury is excellent, holding above 35 frames per second at all times. The Fury X performs very well too, at a similar level to the Titan X.