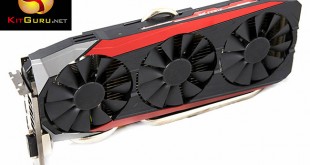 Today we take a look at the second Fury card to hit our labs, the Asus Radeon R9 Fury Strix. This card ships with the latest Asus DirectCU III cooler and a very modest overclock, activated directly via ASUS GPU Tweak 2 software. I was impressed with the Sapphire Tri-X R9 Fury when I tested it last week, so we will see today if Asus are able to bat at the same level. 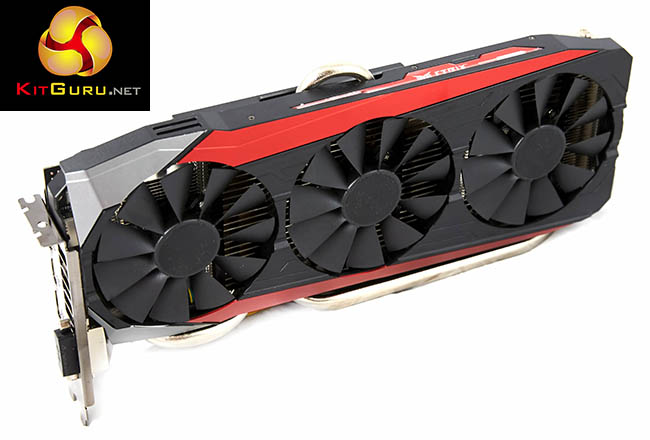 There is no doubt that Fury is an important SKU for AMD as it is priced around £80+ less than the flagship Fury X, subsequently targeting a broader enthusiast audience interested in buying a modified GTX980.

If you want a brief recap of Fiji, the new architecture and HBM memory, visit this page.

When we first started testing the Asus R9 Fury STRIX DC3 we noticed that the core speed was set at 1000mhz, yet Overclockers UK have the card listed as an ‘OC' model HERE. I contacted ASUS UK about the 20mhz difference and they told me that the clock boost is tied into their latest version of GPU Tweak 2, shown in the image above. Yes, there is only one R9 Fury model available from ASUS.

ASUS could have simply just set the BIOS clock speed to 1,020mhz and done away with the need for any software at all.

So is this card classed as an ‘OC' model or not? If you install the proprietary software and click the OC button, then yes it is, but for those people who don't install the software, its running at AMD's reference clock speeds of 1,000mhz. We tested as Asus requested, at 1,020mhz with GPU Tweak 2 running in OC mode. Not a big deal in the grand scheme of things, but a little bewildering. On a brighter note, Asus GPU Tweak 2 is actually a really good piece of software, and appears to run in a very stable manner.