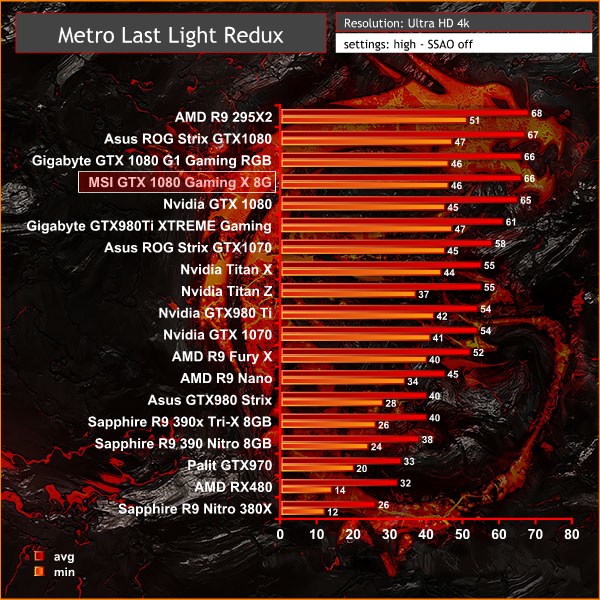 We have to lower image quality settings at 4K to maintain smooth frame rates. The MSI GTX 1080 Gaming X 8G takes a position close to the top of the chart, averaging 66 frames per second.