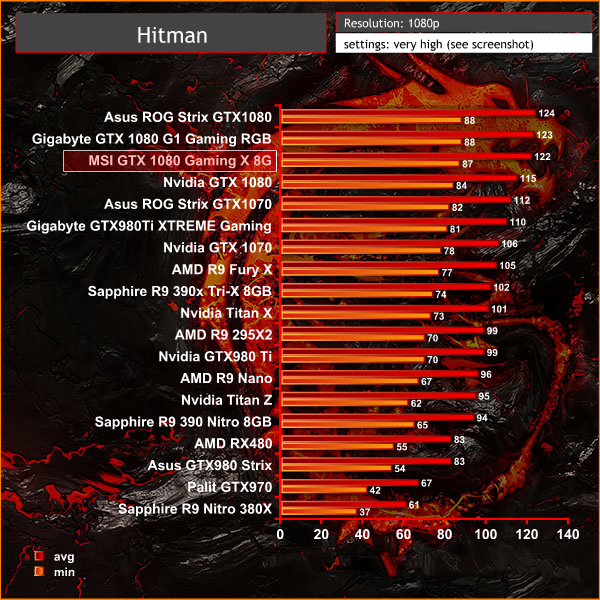 At 1080p the MSI GTX 1080 Gaming X 8G averages 122 frames per second, holding a position close to the top of the graph behind the faster clocked GTX 1080 partner cards from Asus and Gigabyte.