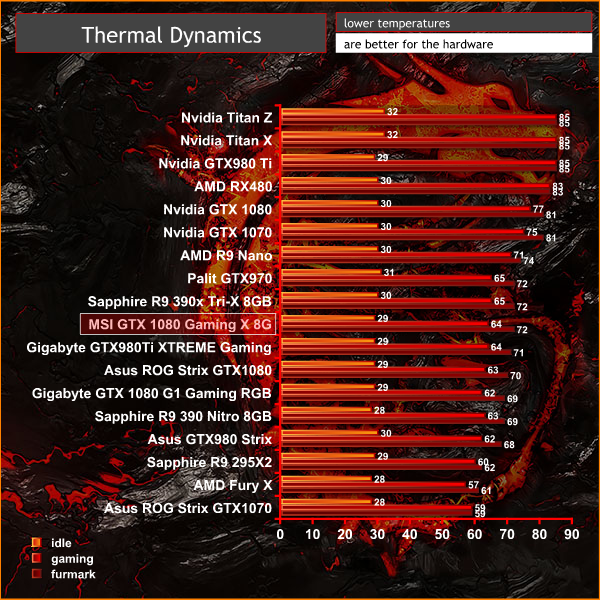 The MSI GTX 1080 Gaming X 8G runs in the mid sixties under gaming load and there will be times when idle or under lower load situations that the fans will disable completely. Below 60c the fans all switch off. 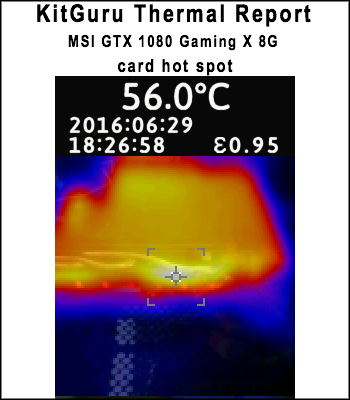 The back of the PCB holds at just below 52c under extended load, which is very cool. The heatpipes are the hottest part of the exposed card, running between 55c and 57c. The cooler is doing a fine job indeed. 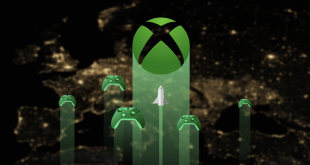