This game is still a system killer at these maximised settings. We test at 1920×1080. 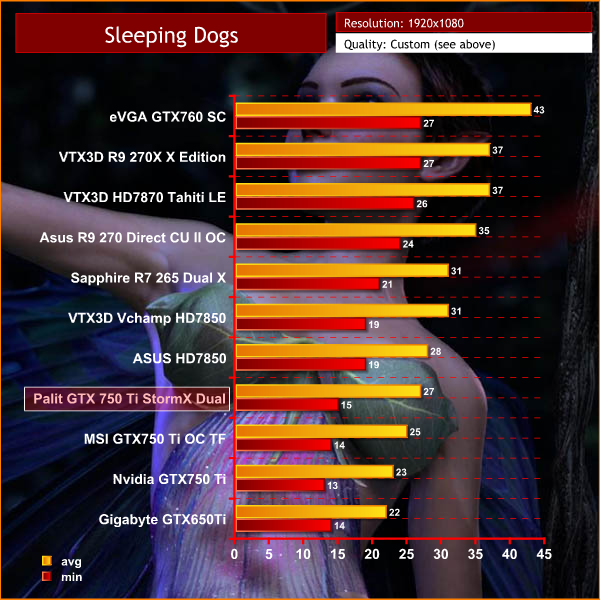 A demanding title at these settings, proving too much for the modest hardware which struggles to maintain playable frame rates during the more intensive sections of the environment.