We test at 1920×1080 with the Ultra image quality preset, as shown above. 8x MSAA was enabled to improve image quality. 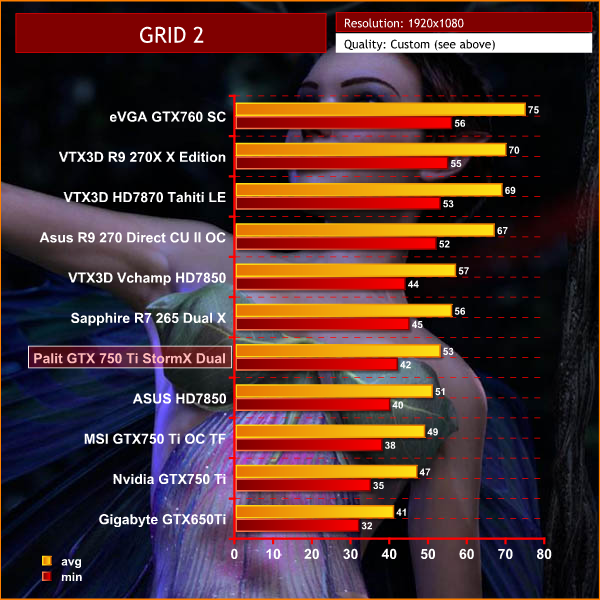 GRID 2 is perfectly playable on the Palit GTX 750 Ti StormX Dual, even at these high settings, averaging 53 frames per second. Performance is only a couple of frames behind the Sapphire R7 265 Dual X.