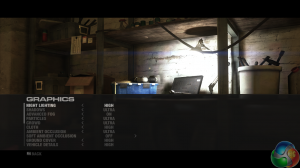 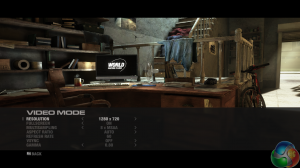 The test at 1280×720, with 8MSAA and high/ultra image quality settings – shown in the screenshots above. 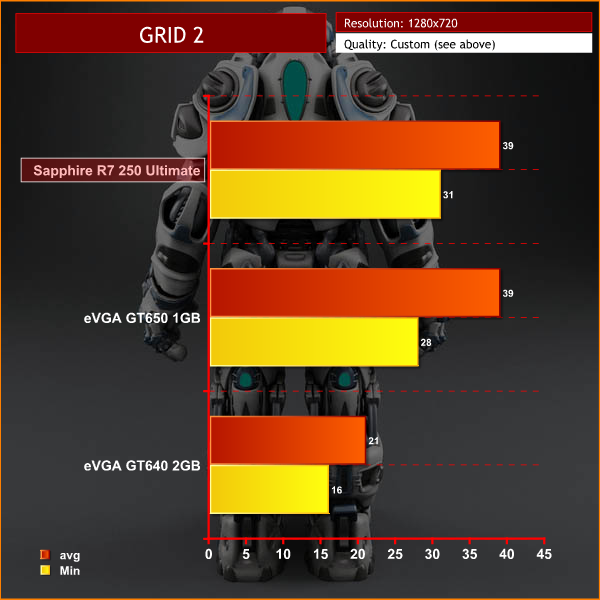 The Sapphire R7 250 scores well with this engine, averaging 39 frames per second.