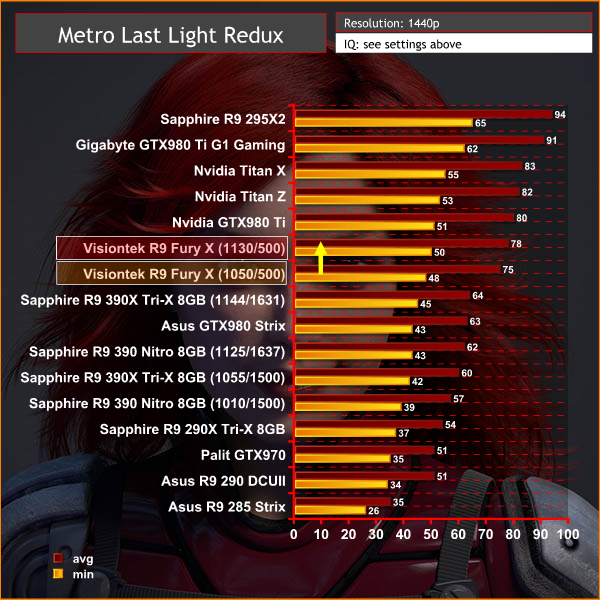 The Fury X holds onto the reference clocked GTX980 ti closely, although it is clearly outperformed at this resolution again, by around 5 frames per second. When we manually overclock the Fury X to 1,130mhz, the differential drops to around 2 frames per second with the all important minimum frame rate almost identical (1fps in favour of GTX980 Ti).