We used the ‘CPU’ test built into Cinebench R15 to measure the effect that system memory has on computational performance. 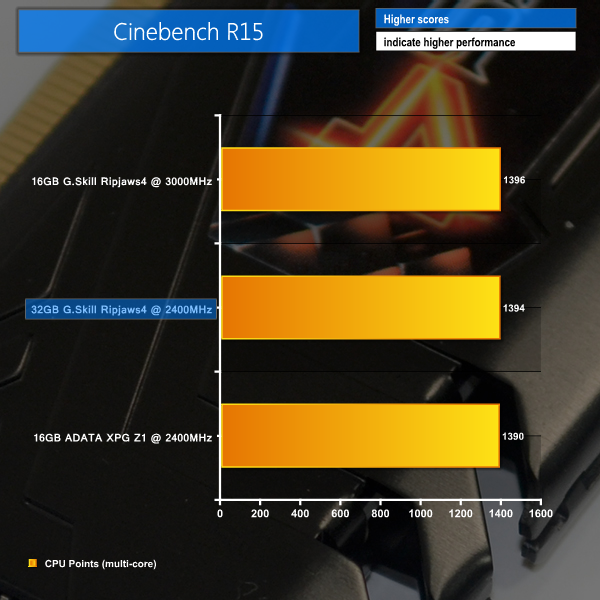 We used the ’32M’ test in Super Pi to analyse the effect that system memory has on single-threaded performance. 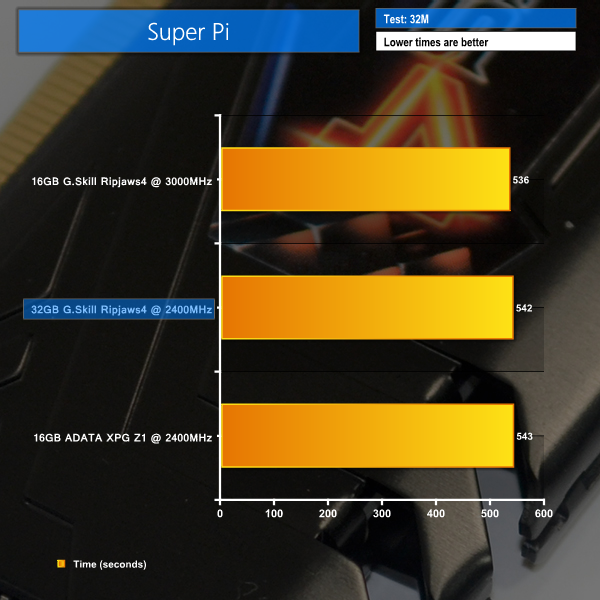 We measured the average frame rate achieved for a task of converting a 4.36GB 720P H.264 movie (in the MKV container) to one in the MP4 container. 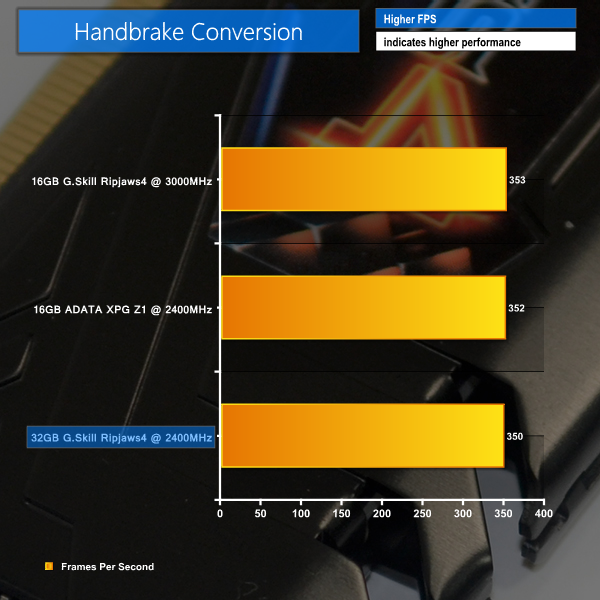 Cinebench registers a slight performance boost for the tighter timings and increased capacity of G.Skill’s kit over the ADATA comparison. Frequency takes the win in this test, though, with the 3000MHz set of memory finishing in first place.

Super Pi gives the higher-density set of memory a slight time reduction over the 16GB 2400MHz set, although one second is within the benchmark’s error margin.

Handbrake showed some odd performance, registering the 32GB G.Skill kit a few frames behind the 16GB competitors. Our conversion task does not benefit from increased memory capacity (although higher resolution video work will), so the minor performance drop is likely attributed to slightly degraded performance elsewhere in our test system.