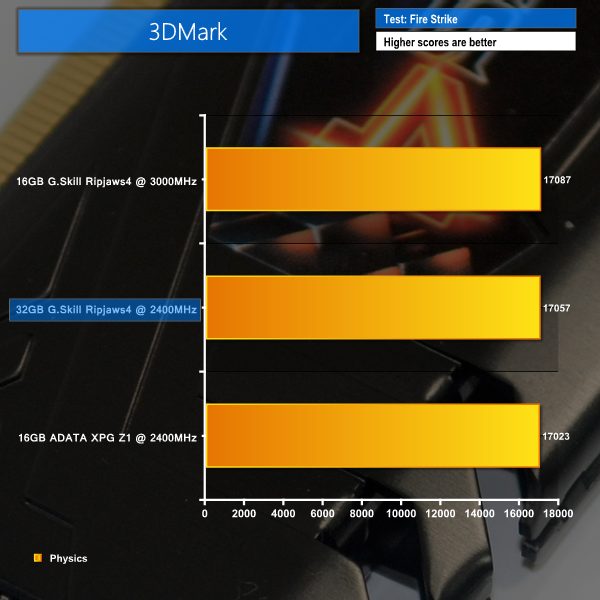 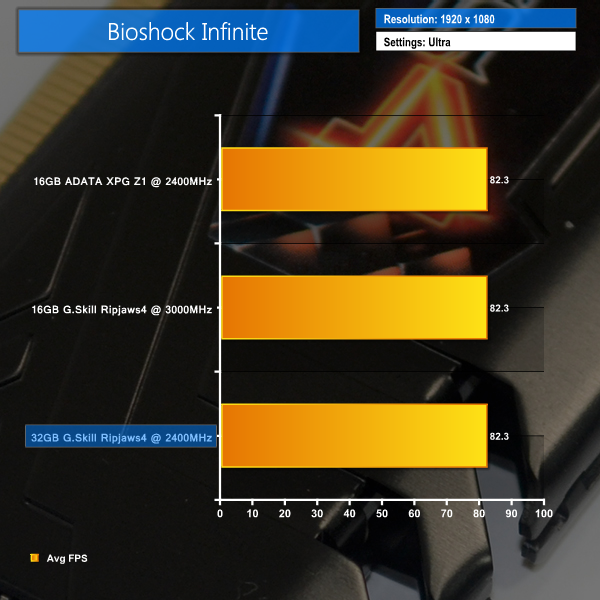 A mixture of tight timings and 32GB capacity place G.Skill’s 2400MHz kit ahead of the ADATA comparison and behind the 3000MHz set in 3DMark.

Bioshock Infinite indicates that memory speed and, past the ‘enough’ level, capacity have little effect of gaming frame rates.