The OS-based software used for ASRock’s motherboards shares common features across the product range. As such, we have re-used the bulk of our analysis from previous ASRock reviews and updated the text where there are subtle differences. 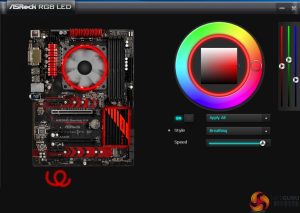 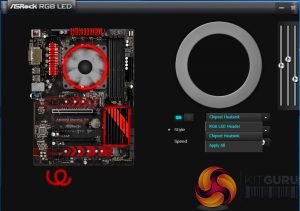 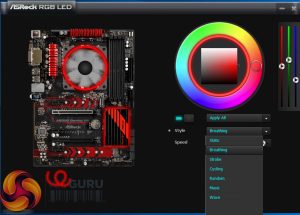 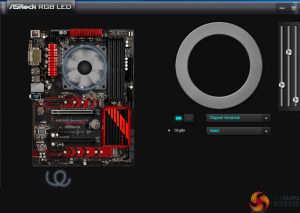 Users wanting to adjust colours of LEDs on the motherboard and those connected via the strip headers will need to install ASRock RGB LED. The software tool provides colour control in a very annoying wheel and square mechanism that overcomplicates an otherwise simple procedure.

Only the chipset heatsink (which is limited to red only), RGB header group, or both can feature colour control – the dedicated RGB headers cannot be controlled individually which is disappointing. There are a few basic lighting modes but nothing that I would consider to be out-of-the-ordinary. There are no ‘intelligent’ control modes found on higher-end ASUS and Gigabyte offerings, so don’t expect to set your LED colours to switch when your CPU temperature increases.

Given the lack of UEFI-based RGB LED control, ASRock’s OS-based utility needed to be strong. It is little more than a basic system. You can set basic colour profiles for the RGB LEDs inside your system but there’s nothing that allows for a head-turning colour display.

With that said, given how terrible the options for seven-colour control are on MSI’s competing B350 Tomahawk, we should not be overly critical of ASRock. The vendor’s RGB system is limited and slightly awkward to use but it is certainly a good effort for a sub-£100 motherboard. 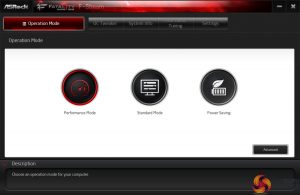 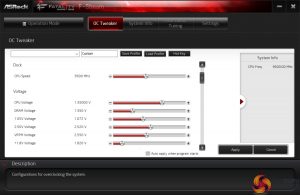 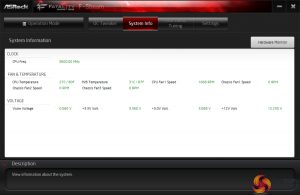 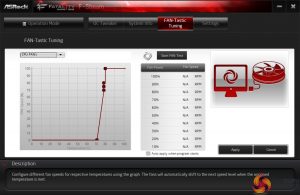 F-Stream, as it is referred to on Fatal1ty motherboards (A-Tuning for other product lines), is ASRock’s equivalent to ASUS AI Suite, Gigabyte EasyTune, and MSI Command Centre. This software allows you to overclock on the fly (OTF) and tune the fan speeds in real time with the ASRock Fan-Tastic tuning utility. It’s a reasonably well-polished piece of software, is light on system resources, and not very intrusive.

F-Stream is decent but it had glitches in our testing (Hardware Monitor did not work) and is no better than ASUS, Gigabyte, or MSI alternatives. 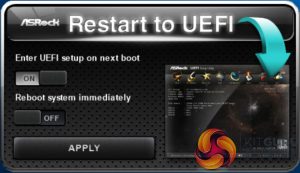 Restart to UEFI gives a user the option to easily get into the UEFI without hoping for a slow POST and Windows boot. This is convenient for times when you want to simply enter the UEFI to quickly change settings. 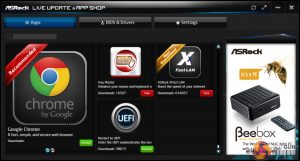 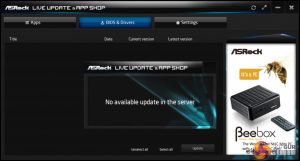 ASRock’s App Shop provides the dual role of serving out ASRock’s own software and approved third party software, but also includes a Live Update-style function which scans for certain BIOS and driver versions and informs the user when a newer version is available. It’s reasonably useful for both of its provided functions and isn’t too intrusive, but does pop up the occasional notification in Windows 10.

ASRock’s provided software package is basic, but that is not necessarily a bad thing. The programs are lightweight and are not as intrusive as those provided by ASUS, for example.

ASRock RGB LED did its job of providing control for the chipset heatsink LEDs and RGB strip headers. The package was basic, especially compared to higher-end ASUS and Gigabyte alternatives, and offered little more functionality than basic control. However, that is better than some of the competing options at this price point, such as MSI’s awful LED colour control with the B350 Tomahawk. The lightweight nature of ASRock’s software is likely to please users who are forced to install any form of program for managing their LED colours.