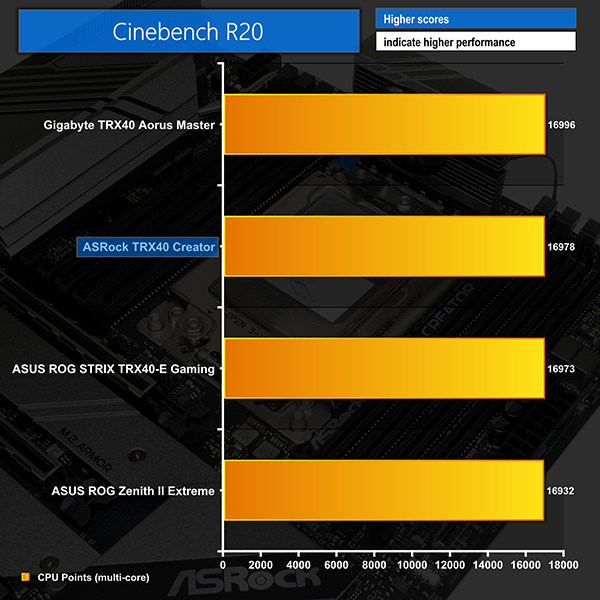 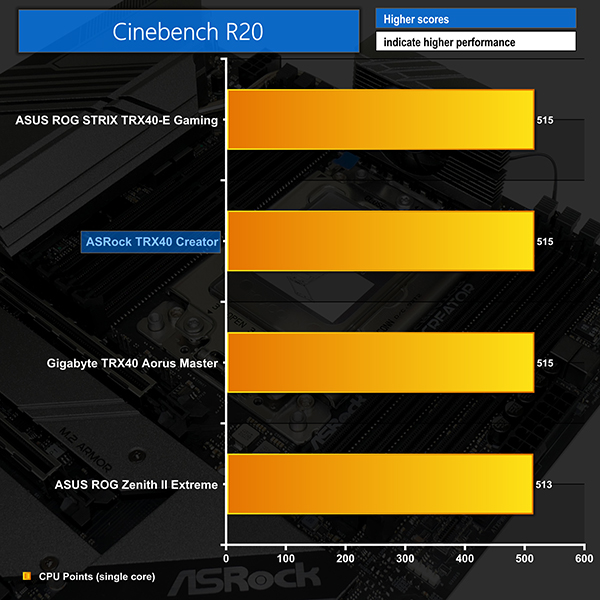 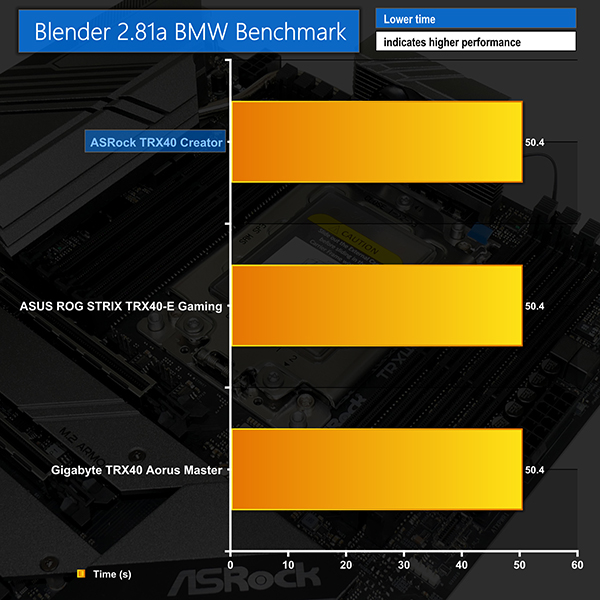 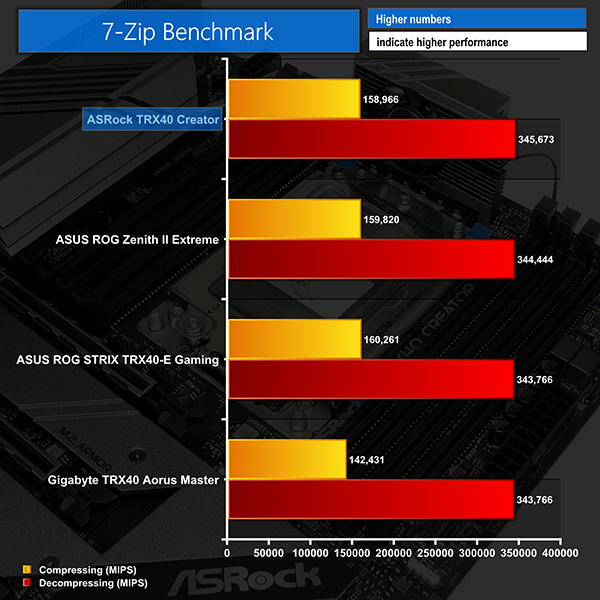 Cinebench runs as well as we would expect on the ASRock TRX40 Creator motherboard; the multi-threaded score is comparable to competing solutions at this price point. Meanwhile, the single-threaded result is also as good as other TRX40 options thanks to the ASRock board hitting maximum CPU boost clocks proficiently. All-core frequency was around 3850MHz (38.5x) to 3875MHz (38.75x) during the short-duration Cinebench nT runs.

Blender also showed appropriate performance levels from the TRX40 Creator, thanks in large to the similar all-core boost frequencies that were achieved. We recorded the 3970X CPU operating around the mid-3800MHz mark during our Blender test runs.

Alongside Blender and Cinebench, 7-Zip also delivered performance right in line with our expectations. This proves that ASRock’s boost clocks are working as intended for the TRX40 Creator and there is no concern with the memory subsystem’s performance.