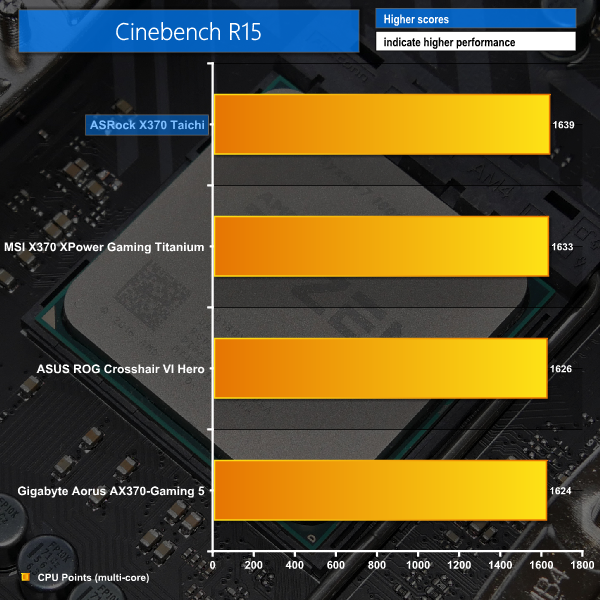 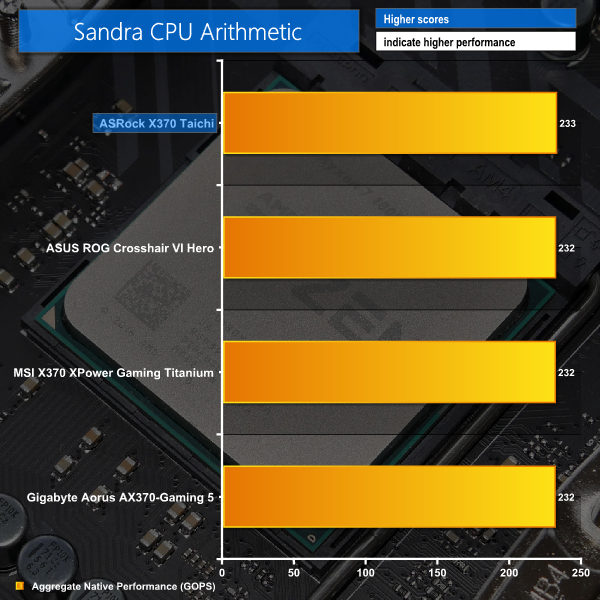 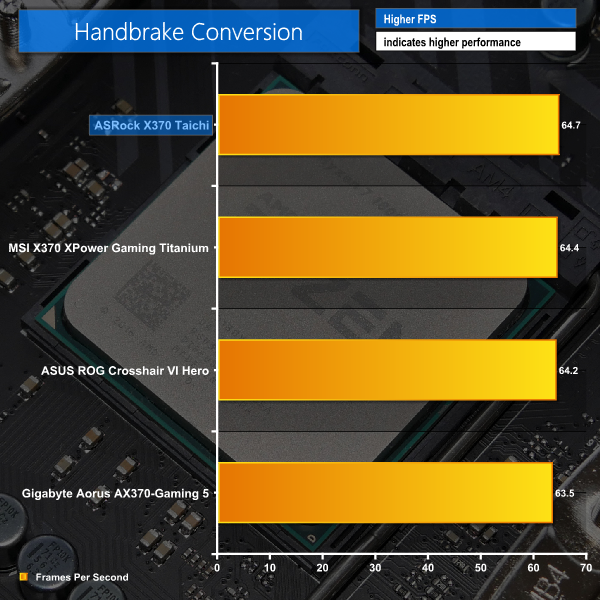 Performance from the X370 Taichi is superb. ASRock’s motherboard takes top spot in all three of the above charts.